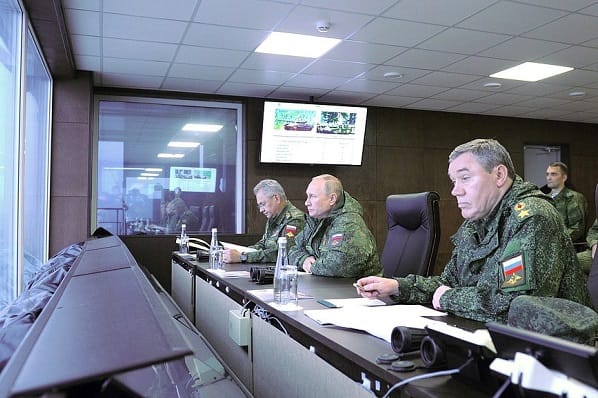 The former Prime Minister of Russia Mikhail Kasyanov who now lives in exile has said that Vladimir Putin’s mass mobilisation of troops “has started the end of his era.”

He said Putin’s nuclear threat of a “bluff” however, in “terms of mobilisation” this is “not a bluff” and accused the tyrant of “blackmail.”

Kasyanov who is a fierce critic of Putin was forced to flee Russia this year and said there will be a very “different situation” in Russia “by the end of the year.”

Speaking to Channel 4 Kasyanov said, “He [Putin] wants right now to blackmail the Western leaders, the whole of Western society.

“He wants to recognise, through these artificial referendums, occupied parts of Ukraine as Russian territory and to say to the Western leaders after that: ‘Putin is ready to use nuclear weapons to defend Russian sovereign territory’.

“But I very much doubt that Mr Putin will use nuclear weapons because he realises that for the Western leaders, that’s the same, whether there is annexation and recognition, the nature of the war would not be changed.”

The mobilisation of more troops has proven unpopular as there has been more than 1,400 protestors arrested and the huge loses Russia has already seen in Ukraine could be then end of Putin’s regime.

He said, “I feel that by the end of the year, there will be a completely different situation and today Mr Putin, by announcing general mobilisation, has already started the period of his end of his era.

“The military potential of the Ukraine army will grow and they will have a decisive advantage on the battlefield that will lead to the change of the situation and, as I think, to the collapse of Putin’s regime,” which he believes will happen within two years.