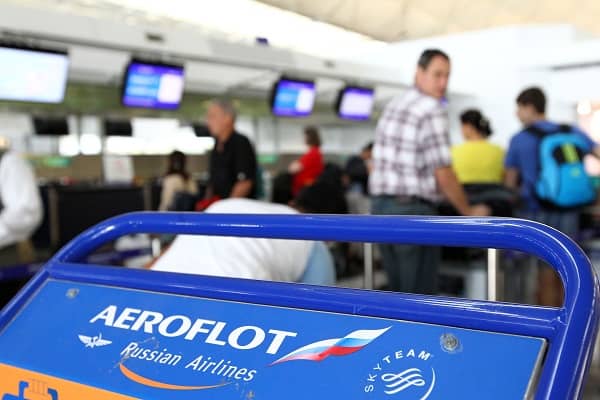 Europe is witnessing the largest escalation since the war started in Ukraine as thousands of Russians are now fleeing their homeland following Vladimir Putin’s announcement of mass mobilisation.

Putin confirmed in a national address to Russia that everyone who has previous military experience will be called up to fight in Ukraine, this will be around 300,000 further reserve troops who will be sent to the frontline in a partial mobilisation.

Following Putin’s announcement that all reservists will be called to fight in the killing fields of Ukraine this has sparked mass panic and “Moscow is ablaze with anxiety” and thousands are trying to flee Russia to escape fighting in the war.

Russian’s fear that Russia’s borders could soon close and there could be a broader call-up which would see hundreds of thousands of Russian men of fighting age being sent to Ukraine.

The Russian Defence Ministry has said reservists and ex-military personnel who have “certain military specialties and relevant experience” will be subject to conscription, however Putin will also use tens of thousands of untrained conscripts as “cannon fodder.”

Samuel Ramani, Associate Fellow at the Royal United Services Institute for Defence and Security Studies, said this is a very clear “sign of flagging morale” in Russia.

#Breaking: just in – The traffic jam at the border with #Russia/#Finland has pilled up to 35KM and is rising by the hour, it is the only border who is still open for Russian civilians with shengen visas, after #Putin announced he will send 300.000 new troops to #Ukraine. pic.twitter.com/EOJ1346qDO

Russian online newspaper Lenta reported that flights to Armenia, Turkey and Georgia had sold out within minutes after Putin’s speech.

The publication’s Twitter page wrote in a caption,  “All tickets for direct flights to Istanbul and Yerevan were sold out in a few minutes after Putin’s address.”

E Rosalie L, a Johns Hopkins University interdisciplinary scholar, said that the costs of flights skyrocketed on Tuesday, when Putin was initially set to make his speech.

She wrote, “Putin’s canceled speech appears to have set Moscow ablaze with anxiety.

“For a hypothetical family of three (let’s say a mom, a dad, and an adult son), a flight from Moscow to Istanbul is now approaching $3,200.”

“Depending on the destination or carrier that price can go even higher. The average for this particular flight appears to be half of the current going rate,” she added.

The British Defence Minister Ben Wallace stated, “No amount of threats and propaganda can hide the fact that Ukraine is winning this war, the international community are united and Russia is becoming a global pariah.”

Putin also warned the West of nuclear conflict should they “cross the line” by supplying high end weaponry.

Putin calmly said, “In its aggressive anti-Russian policy, the West has crossed every line. This is not a bluff.”

“And those who try to blackmail us with nuclear weapons should know that the weathervane can turn and point towards them.”

Retired Air Vice-Marshal Sean Bell said Putin’s call-up is far from impressive because they are “are not trained, they’re not experienced” and they are far from battle-hardened soldiers.

He told Sky News, “Because of conscription you serve in the military [in Russia] for a short time.

“The challenge with all these numbers is that they look very grand. In context, 300,000 sounds a big number but these people, they’re not ready, and this is an incredibly hostile environment.

“Quantity has a quality all of its own but this could be extremely dangerous for Russia. None of the military experts believe this will be a game-changer for Russia.”