Home Business News The game is up: Liz Truss has resigned as Prime Minister after many Tory MPs have submitted letters of no confidence 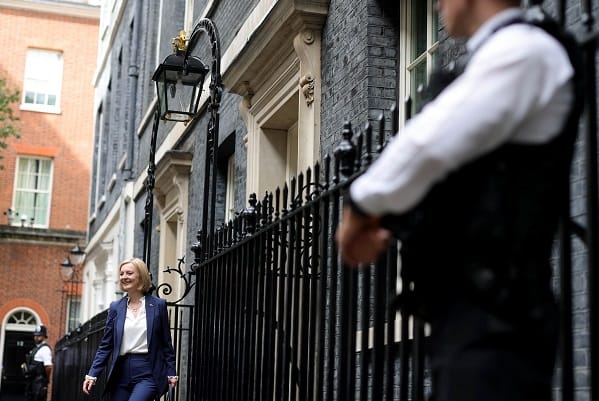 The game is up: Liz Truss has resigned as Prime Minister after many Tory MPs have submitted letters of no confidence

Liz Truss has resigned as the Prime Minister after just six week in Downing Street following MPs submitting letters of no confidence in her.

After holding “crisis talks” with the chairman of the 1922 Committee Sir Graham Brady on Thursday morning Truss was forced to resign after 45 days in the job.

Truss said speaking at the podium outside No.10 Downing Street, “I came into office at a time of great economic and international instability.

“Families and businesses were worried about how to pay their bills.”

Truss said she was elected “with a mandate to change this,” adding, “We delivered on energy bills, and on cutting National Insurance.”

The Prime Minister saids she now recognises that she “cannot deliver the mandate” on which she was elected – “given the situation.”

Truss said that she had spoken to King Charles III to give her resignation and there will be a leadership election  which will “be completed within the next week,” this “will ensure we remain on a path to deliver our fiscal plans” then she will leave as the Prime Minister.