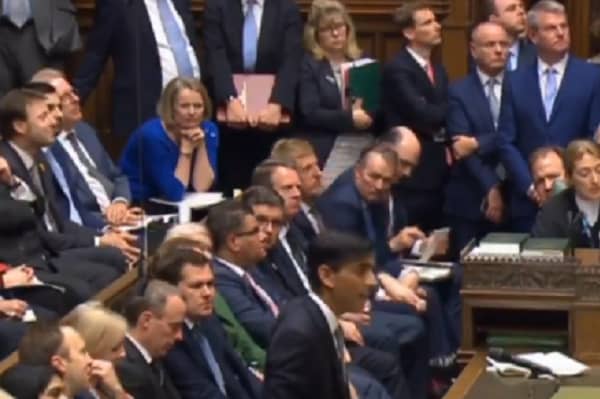 Britain pledges £30bn package to combat the coronavirus fallout as the Chancellot Rishi Sunak delivers his first Budget for Boris Johnson’s government in the House of Commons.

Here is a summary of industry reaction to Sunak’s Budget:

Responding to today’s Budget statement, National Chairman of the Federation of Small Businesses (FSB), Mike Cherry said, “This is a pro-small business Budget, which has delivered a high streets bonus, a series of Conservative manifesto promises to small businesses, and emergency steps to support small firms through the coronavirus outbreak.

“Covering the cost of Statutory Sick Pay and emergency measures for the self-employed are particularly welcome. Removing the minimum income floor for those on Universal Credit will bring help to those working hard to keep their businesses going. These are vital contingencies for the UK’s 5.8 million-strong small business and self-employed community. There may need to be further steps in the weeks and months ahead. The Bank of England funding package means that there are no excuses for banks not to help, when a small business customer is in distress.

“Suspending business rates for small high street firms is a huge bonus for our town centres and high streets. Together with extra cash for those that already qualify for small business relief, this shows a real commitment to supporting small businesses at the heart of communities. The case for fundamental reform to bring down the burden of such a regressive tax on bricks-and-mortar businesses is now stronger than it has ever been, and FSB is ready to help the Government deliver this.

“One of FSB’s main asks at this Budget was a cut to the Jobs Tax, an easing of the cost of employer National Insurance, and we are very pleased to see such a pro-growth, pro-employment measure delivered for all small employers. A National Insurance holiday for small firms employing military service leavers will incentivise tapping the skills and potential of those joining the workforce after a career in the armed forces.

“The continued freeze on fuel duty for another year is a sensible measure which will help those small businesses which are reliant on vehicles. While a move to greener modes of transport is an important longer-term goal, now was not the time to hike tax on hard-working entrepreneurs who have no choice but to drive for their business to function.

“The sensible compromise on Entrepreneurs’ Relief is one that we have proposed and championed, and everyday entrepreneurs will be pleased to hear the Chancellor say that he has listened to FSB on this.

“This has been a deliberately pro small business first budget for the Chancellor. We hope it is the start of things to come.”

Responding to today’s Budget, Richard Burge, Chief Executive of London Chamber of Commerce and Industry, said, “Businesses will be pleased to see the Chancellor announce a pragmatic range of measures, especially on business rates relief, which help to take the pressure off of their cashflow whilst coronavirus brings detrimental economic impact.

“There is also vital statutory sick pay support proposed for those individuals and businesses who fall unwell with coronavirus.

“Beyond coronavirus, it’s welcome to see the Government again commit to a full review of the business rates system, as it’s needed in order to match up our taxation system to the modern world of doing business.

“It’s also welcome to see the Government’s commitment to investing in the infrastructure of regions right across the UK, as to fully maximise the opportunities of Global Britain we need all regions flourishing and working harmoniously.

“The capital’s businesses will now be looking to the Spending Review for infrastructure investment that ensures that levelling up the UK doesn’t mean London falls back – as its global economy is key to driving the UK’s post-Brexit future.”

Markus Kuger, Chief Economist at commercial data & analytics firm, Dun & Bradstreet said,  “Today’s budget and interest rate announcement from the Bank of England both reflect a challenging outlook for the British economy. The interest rate cut, introduction of the £7bn support package for SMEs, and £30bn financial stimulus will be welcome support for households and businesses in a coronavirus-hit economy. However, given that interest rates are already low, the potential benefits could be limited. Increased fiscal stimulus is welcome news, but despite increasing the government deficit it is unlikely that today’s changes will be sufficient to prevent a slowdown in economic activity.

“Earlier this week, Dun & Bradstreet revised our 2020 real GDP growth forecast for the UK from 1.2% to 0.8%. This downgrade was largely due to the impact of coronavirus weighing on supply chains, reducing growth in key export markets and reducing corporate earnings. In addition, high levels of uncertainty are impacting the global and domestic outlook and investment activity is likely to remain muted in 2020. As result, we have also downgraded Dun & Bradstreet’s Country Risk Rating outlook for the UK from ‘stable’ to ‘deteriorating’. If large scale quarantine measures (similar to China or Italy) become necessary over the next days and weeks, it’s likely that we will lower growth forecasts and adjust risk ratings for the UK even further.”

Ranko Berich, Head of Market Analysis at Monex Europe said, “One way or another, today’s macro policy response to the covid-19 shock will be studied in textbooks for decades to come. Today’s measures show not just synchronisation between the Treasury and BoE, but massive coordinated fiscal and monetary stimulus. Sunak was keen to emphasise this coordination early in his speech: instead of merely taking policy action at the same time, the BoE and treasury have clearly built their response to be synergistic, particularly in targeting support to businesses.

“Preventing a collapse in small and medium enterprises seems to be an area of particularly close coordination. The BoE has cut its countercyclical buffer and stepped up efforts to boost liquidity provision, while the Treasury has implemented a raft of targeted measures such as rates exemptions, cash grants, and loan guarantees. This should give the real economy a level of support as the virus impact sets in..

“Although Sunak claimed the budget will stay within previous fiscal rules, this is likely due to a combination of mitigating factors, most notably that the OBR’s deficit estimates don’t include the coronavirus response package. On top of this, the effects of coronavirus are not yet being included in 2020 forecasts, and the OBR has raised long-run growth estimates. Unsurprisingly, a review of the Government’s spending rules has been announced – this is likely to be the final nail in the coffin of previous commitments to budget surpluses.

“The OBR has summed the net effect of the budget up in saying that this is the largest sustained spending boost in 30 years. This represents not just a large coronavirus response, but a major shift in the fiscal policy paradigm away from the austerity era and towards a period of active investment and spending aimed at raising growth. In the global context, the measures are some of the most comprehensive taken by any government. With Italy announcing a stimulus package today and Christine Lagarde likely to call for similar measures across the eurozone tomorrow, the Treasury and BoE may prove to be the first in a wave of coordinated fiscal and monetary responses.

“Sterling is nonplussed despite the day’s momentous monetary and fiscal policy developments. This relative calm may be deceptive: markets are moving on global risk appetite and seismic changes in expectations of policy from the Fed, the world’s most important central bank. On the whole, the net effect of today’s measures may prove positive for sterling in the long run, if they achieve the Government and the BoE’s stated goal of mitigating the economic shock of coronavirus as much as possible.”

Chair of the Internet Services Providers’ Association Andrew Glover said, “The £5bn promised for gigabit capable broadband within the Chancellor’s Budget was a welcome first step, but increased funding alone will not allow the industry to get the job done.

“Broadband rollout is largely privately funded and in order to provide industry with a chance to meet the Government’s 2025 ambition, today’s announcements needs to be backed up with further reform on wayleaves, new build legislation, action on street works and further investment into digital and engineering skills.

“The broadband industry is ready to get the job done, but needs the full support from Government to do so.”

Responding to the Chancellor’s commitment to restrict rather than scrap the relief, Phil Hall Association of Accounting Technicians (AAT) Head of Public Affairs & Public Policy said,

“AAT is pleased that the Chancellor acknowledged many of the numerous negative points that this misnamed relief has, including that less than 1 in 10 entrepreneurs have been incentivised to invest because of it, that its name is misleading and that that 75% of the £3bn annual cost of the relief goes to just a handful of individuals.

Having acknowledged all of those problems it’s therefore very disappointing that the Government has failed to scrap it and has instead opted to restrict the relief from £10m to 1m.

There is an overwhelming body of evidence that indicates the relief does not achieve its policy objectives, that it’s extremely expensive, misguided, poorly targeted and ultimately ineffective – so restricting its availability rather than scrapping it is clearly a missed opportunity.

The abolition of this relief would in no way be an attack on entrepreneurs or entrepreneurialism and to suggest otherwise is to ignore the evidence. It’s also worth highlighting that billions of pounds worth of assistance is available to entrepreneurs and their backers via a range of better targeted tax reliefs such as EIS, SEIS, VCT and SITR.”