Home Business News Russian Defence Minister admits his army was not ready and needs 1.5 millions troops ‘to guarantee’ their ‘security’ 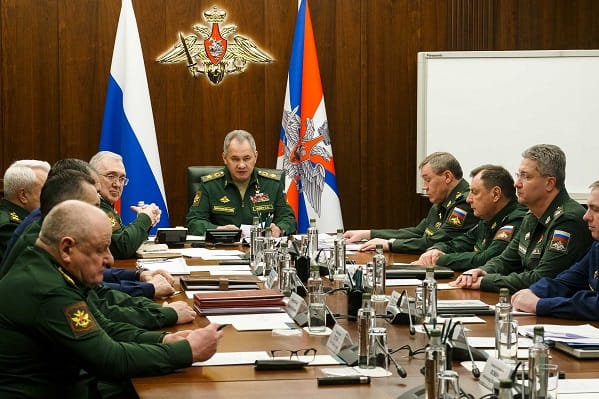 The Russian Defence Minister Sergey Shoigu has admitted that when Vladimir Putin ordered his so called “special military operation” in Ukraine they were not ready.

Shoigu said that his Ministry had “encountered certain difficulties” in the mobilisation as Russian forces were not ready and their “shortcomings” were corrected whilst “on the go.”

“The mobilsation training system itself was not fully adapted to the new economic relations.

“Therefore, with the beginning of partial mobilisation, we encountered difficulties in alerting and calling up citizens who were in reserve.

“All the shortcomings had to be corrected on the go.”

Russia has now surpassed the grim milestone of more than 100,000 troops have been killed in action after 10 months of war.

The Ukrainian government have officially confirmed that 100,400 Russian troops have been slaughtered along with thousands of pieces of military hardware.

Adding, 100,000 soldiers have been recognized with awards in 10 months of the full-scale war – Russian #DefMin Sergei Shoigu.

“What an amazing coincidence.”

In reference to the 1990 Hollywood Home Alone movie, played by Macaulay Culkin the Twitter account said, “You guys give up?

“Or are you thirsty for more?’ Kevin McCallister.”

Moscow’s Defence Minister said on Wednesday that Russia will need an army of 1.5 million “to guarantee the fulfilment of tasks to ensure Russia’s security.”