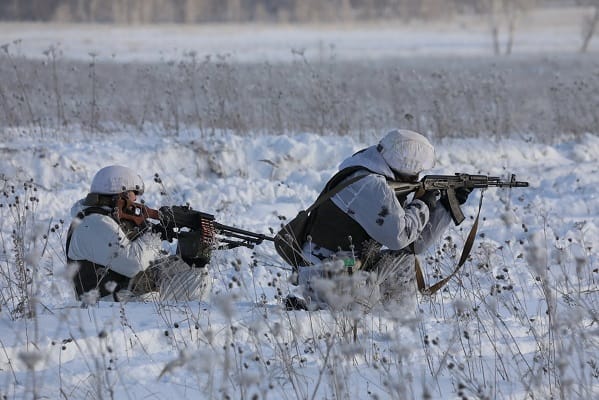 Belarus has threatened a NATO country with tanks moving close to the border which are “combat ready” and Belarusian troops are also massing near the border.

Belarus are threatening Poland with troops building up and there is also a deployment on the Ukrainian border.

There are now strong fears of a potential new front in the war and the independent Belarusian media reported that the deployment to the Polish border does appear to be a threat.

The Belarusian Hajun Project have reported that Belarusian brigades have crossed a pontoon bridge over the Neman river, which runs from eastern Belarus into Lithuania which is around 7 miles from the Polish border.

If Belarus places one boot step into Poland then this will most likely trigger Article 4, meaning NATO will be at war.

Belarus are also massing on the Ukrainian border, who are now using the same tactics that Vladimir Putin used in January 2022 before the full scale invasion of Ukraine on 24 February, which raises fears of a potential assault for Kyiv.

The independent Belarusian Hajun Project has been recording mass troop movements on the Ukrainian border since Wednesday and have witnessed Belarusian forces building pontoon bridge crossings on the Berzina river close to the Polish border.

Aleksandr Volfovich, State Secretary of the Security Council of Belarus, said that Belarus are operational ready to handle the war in Ukraine should their borders deteriorate.

He added, “To put it simply, those are permanently ready forces.”

Russian military aircraft has also been seen flying above Belarus and there are fears there could be another wave of air attacks imminently.

At 10:17 on Saturday morning a Russian A-50AEW&C aircraft followed by a fighter jet also left the airbase.