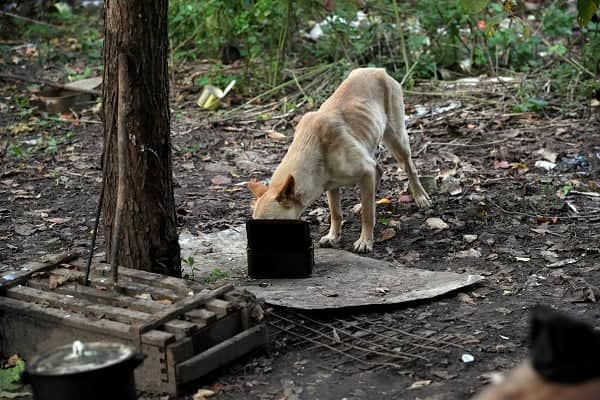 The deputy for the Communist Party has suggested that Moscow should train stray dogs packed with explosives to “blow up tanks” in Ukraine.

Viktor Makarov came up with the bonkers idea and has put forward the provision for suicide dogs whilst discussing a bill on how to deal with stray animals in the regional Legislative Assembly’s session.

Makarov told fellow members at the assembly, “I propose to educate these dogs to blow up tanks.”

The Orel Times reported that the suggested deployment of suicide dogs in Ukraine will solve the problem of stray dogs and will help bolster Russian forces.

However it was raised that there would be logistical problems in training stray dogs to “blow up tanks,” in Makarov’s motion.

Deputy Andrei Frolov asked the assembly how much this would cost to keep a stray animal per day, the proposed motion was then discarded.

Mark Hertling, the former Commanding General of United States Army Europe, wrote on Twitter, “Don’t know why they see the need to train dogs to do this… they currently are asking RU soldiers to do the same.”