Home Business News More than 4,300 Russian troops are ‘ready to surrender to Ukraine’ and are offered ‘guarantees’ and ‘benefits’ 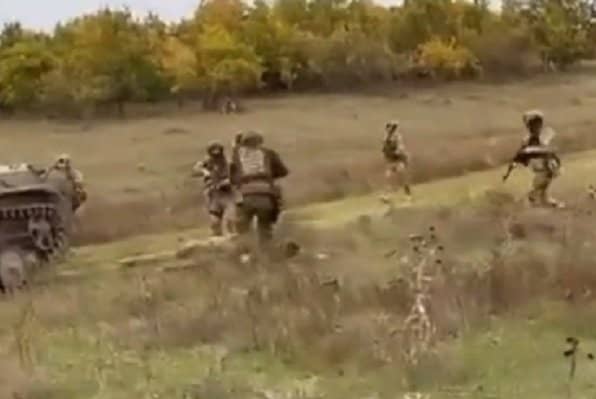 In September Ukraine launched the “I want to live” project which is to help Russian conscripts to safely surrender.

The Russian soldiers are offered full guarantees by Kyiv offering full security of all correspondence to the prisoners of war.

So far it has been revealed that more than 70,000 searches have been made, which matches the time that Russian conscripts arrived, according to the Mirror.

Vitaliy Matvienko, who heads up a project which provides informing Russian troops how they are able to surrender to Ukrainian troops, told the Ukrainian network FREEDOM TV that many soldiers have submitted appeals to the “I want to live” project.

He said, “There are more than 4,300 requests since the start of the project ‘I want to live’ and at the moment.

“Basically, these are Russian servicemen or mobilised, who are interested in how to surrender.

“Or they are those who have already decided to surrender, and we communicate with them, carry out all the necessary work.”

Matvienko added, “In order to protect them in the future after they can be exchanged for Ukrainian servicemen, we register them as those who were captured during the battle.

“Thus, it guarantees them all social benefits.”