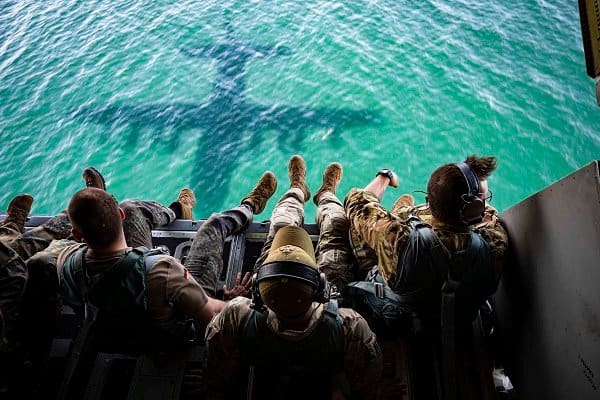 It has been revealed that British Royal Marine Commando’s were deployed in Ukraine and supported “discreet operations.”

Lieutenant General Robert Magowan wrote in the Royal Marine’s magazine the Globe and Laurel that 350 Commando’s were sent to Ukraine to escort diplomats from the British embassy in January.

He wrote, “In January this year, 45 Commando Group deployed at short notice – from the depths of a dark, north Norwegian winter, to evacuate the British embassy in Kyiv to Poland.

“The go-to 999 international emergency force, if you will.”

Magowan added, “Then in April, they returned into the country to re-establish the diplomatic mission, providing protection to critical personnel.

“During both phases, the commandos supported other discreet operations in a hugely sensitive environment and with a high level of political and military risk.”

Earlier in the year the Ministry of Defence said that the Commando’s were sent to protect the embassy staff and it was thought that on 30 were involved in the operation.

The Royal Marine’s were taking part in military training in Norway before being deployed to Poland.

Magowan said, “Alongside wider defence, we have been heavily involved in training hundreds of Ukrainian military personnel throughout this summer.

“We are also planning to train Ukraine marines.”

A Royal Navy spokesman said, “Royal Marines were deployed to Ukraine to support the UK’s diplomatic presence in the country. They served no combat function.”