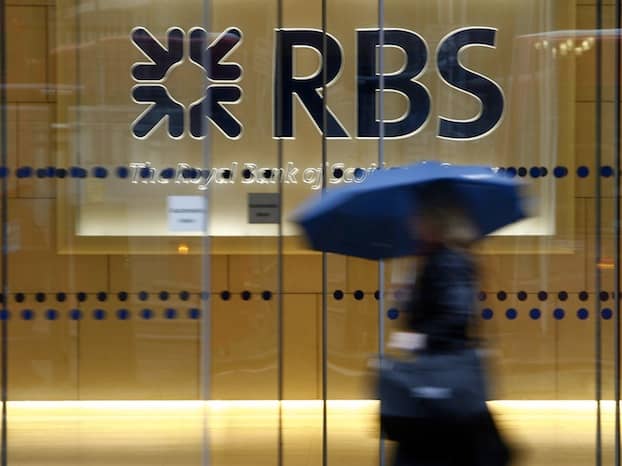 Ratings agency Moody’s has cut the credit ratings of 15 major financial institutions around the world, including some of Britain’s largest banks.

Royal Bank of Scotland’s (RBS) long and short-term ratings have been lowered, and Barclays and Goldman Sachs have also been hit by the downgrade.

Moody’s had said it was considering cutting the credit ratings of some banks in February in light of concerns that banks’ profit and growth prospects were declining.

The move has prompted speculation that an increase in mortgage interest rates could take place.

Lloyds said the ratings cut would have “limited impact on our funding costs and market capacity”, adding it was “encouraging news” as there was speculation there could be a two-point drop.

But the group said the “impacts of this downgrade are manageable”.

Consumer group Which?’s executive director Richard Lloyd said: “This announcement will also lead to speculation that it will cause a further rise in mortgage rates.

“For too long banks have taken advantage of the lack of competition on the high street to increase the interest rates charged on mortgages, loans and overdrafts, with over one million consumers seeing their yearly mortgage payments increase by over £300m with the Standard Variable Rate rises earlier this year.

“This is why we cautiously welcomed the chancellor’s recent “funding for lending” scheme. But we want to see strong safeguards in place to ensure that banks pass on this cheap credit to consumers.”

A spokesman for the Treasury said: “All UK banks have significantly improved the strength and resilience of their balance sheets since the start of the financial crisis.

Meanwhile, a spokesman for the British Bankers’ Association said: “UK banks have already made wide-reaching reforms to how they operate ahead of our international competitors.

“They are well capitalised so able to withstand future financial difficulties and have plans in place which will prevent taxpayers having to step in in the future.

“Their exposure to problems in the eurozone is also very limited. Moody’s assessment reflects overall concerns about the current ongoing issues in the eurozone rather than the organisations themselves.”