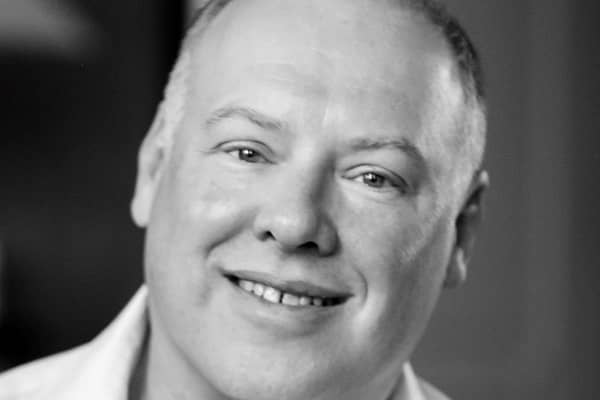 Digital innovator shares secret to his creative businesses, starting ‘Netflix for the arts’ and more

written by Simon Walker CEO and Founder of Maidthorn Partners 6th Feb 19 10:58 am

From donning leadership hats for global giants like the BBC, EMI Music and EMAP to launching a digital incubator in London, your business journey has been very interesting. Tell us how you started.

When I was a student I spent most of my time playing in a band, and had almost zero interest in the business world. But in my last year at Oxford I discovered there were these companies called ‘strategy consultancies’ who would hire you simply for drive, creativity and intellectual horsepower. I thought a year or two helping solve business problems across a range of industries would let me discover what I really was good at. I actually stayed at my firm for 5 years, working across Europe and then helping establish their US office. During that time I discovered that crucial intersection between what I was especially good at, what I enjoyed doing, and what made me money – that’s the secret formula to a fulfilling career. And into the bargain, some of the colleagues I had in that first job are still my firmest friends, and indeed occasional investors in our current projects.

What have been your successful creative ventures so far?

I was very lucky at the BBC to be involved in hugely successful innovations like Freeview and iPlayer, which completely changed the media landscape. It’s hard to compete with the scale a large organisation can bring to bear, so when I set out to build my own ventures, we decided to focus on opportunities that are a little bit under the radar. At Maidthorn we call it ‘super-serving the under-served’, and we seek out passionate communities who may seem niche at first glance but globally add up to real scale. Our first venture, Love Home Swap, was about building a brand and marketplace for people who holiday by swapping homes with each other.  Our latest venture CountryLine is the global brand for country music – a mainstream genre in the US, but a fast-growing niche in the rest of the world and currently under-served. Sir Elton John recently invested in that one, and we have very exciting plans for this year.

How did you make your first million?

In the first dotcom boom, I was CEO of a celebrity news and entertainment website. We were a huge consumer hit and for a brief period my shares were worth millions. But in the crash that followed we were lucky just to save people’s jobs and my entire stake was wiped out. That’s nearly twenty years ago now and it taught me a lot about the value of patience and spreading risk. So when I set up Maidthorn in 2008 it was designed as a portfolio, with a mix of advisory fees and equity stakes from businesses at the intersection of the creative industries and digital technology. We’ve had our share of hits and misses along the way, but we’ve got a few great exits under our belt – both trade sale and IPO.

You have also gone on to found something known as the ‘Netflix for the arts’. How did that happen and how did you bankroll the project?

Arts and culture is another of these under-served global niches. We developed the idea patiently over a number of years – I’m the opposite of the ‘move fast and break things’ mentality. We prefer to move slowly and build things . . . and in the arts world, patience is definitely a virtue. This venture is called Marquee.tv and we launched last summer. The Maidthorn model is that we incubate things in-house until we’re confident there’s a really awesome business case and a founder team who can deliver it. At that point, we incorporate a business and raise some seed capital – usually a small ‘friends and family’ round to launch the service. Marquee.tv is now growing really strongly and our ambition is huge. The FT called us ‘Netflix for the arts’ but I see it more as ‘Amazon for the arts’ – we want to be the global brand for culture on demand, with not just video, but merchandise, ticketing, data and everything in between.

Why did you choose ‘performing arts’ as your area of focus?

I’d originally researched the arts market when I was at the BBC in the late nineties. We always start with the audience need, and this is a highly engaged, passionate community who are starved of quality performing arts content online. Sure – there’s tons of stuff on YouTube, but not the premium content that gets created by the world’s finest arts organisations – dance, opera, ballet, music, theatre, visual arts and documentaries. As a media entrepreneur, it’s exciting because a lot of these organisations already film their performances but don’t know where to put that content. We’ve solved that problem by creating a global platform worthy of their wonderful content and designed especially for their audiences.

How big is the market in the UK and what is on the horizon in the next 5 years?

As well as the UK, we’re live in the US and Canada already, and half of the Marquee.tv team is actually in New York. What people don’t realise is that the arts market is actually as big as Hollywood, and in the US this weekend more people will attend an arts or cultural event than will go to a sports event. So the sky is the limit.

Who is your major competitor globally? Do you have any expansion plans?

No-one is quite doing what we’re doing – building a global brand for culture on demand. So the plan is to get famous in the US and UK then roll out around the world over the next three to five years. Does world domination seem too crass an ambition?!

Besides work, what are you passionate about? Share with your hobbies or charity association or any philanthropic vision you may have.

I’ve got three daughters under 12, so spare time is family time. But one thing I care passionately about is opportunities for young people. I went to a grammar school and then Oxford, and was lucky to get access to the world of media and culture, which is historically pretty dominated by the privately educated and privileged. That’s why we’re developing our own outreach programme, called Marquee Futures, to help less privileged kids get access to careers in the arts.

Biggest regret you have?

Not striking out on my own sooner. Corporate salaries and bonuses become golden handcuffs…

Any London tech start-up you are watching and why?

We’ve just invested in a business called Adio, which has some very clever tech to aggregate video playlists across all the social platforms. We’re trialing it with Marquee.tv and CountryLine and if it’s as successful as we hope, then this should be the next big thing in media-tech!