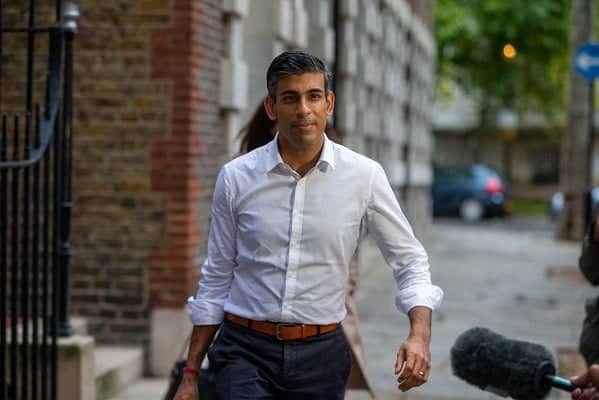 Opinium’s latest poll reveals that in the last two weeks, Labour’s lead has dropped by two points to 14, with 43% of the vote share compared to 29% for the Conservatives. The Liberal Democrats have 8% of the vote share, Reform UK and the Green Party have 6%.

Prime Minister Rishi Sunak’s net approval rating has dipped from +2% to -4%, 30% approve of the job he is doing while 34% disapprove. Labour leader Keir Starmer is on +5%, 33% approve while 28% disapprove, virtually unchanged on the last poll.

On who would make the best Prime Minister, the two men are tied on 28% each with 26% choosing ‘none of these’.

Support for a “Swiss-style relationship” with the EU

When looking at attitudes toward Brexit, two thirds (66%) say Brexit has gone badly so far, vs only 22% who say it has gone well. Over a third (34%) want to rejoin the EU, while 25% want to stay outside but have a closer relationship with them than we have now. One in seven (15%) want things to remain as they are and 14% want a more distant relationship.

With people likely starting to consider their travel plans for Christmas, there are mixed feelings about rail workers going on strike, with 43% opposing the strike over December and January, and 37% supporting it.

Looking at who the public think is responsible for the strike action, 37% think the trade unions are most responsible vs. 23% saying the government and 17% saying the train companies.

Considering the nurses strike also scheduled for this month, over half (57%) support nurses going on strike for 2 days vs. 30% who are opposed. Again, looking at where the blame lies for the nurses’ strike, UK voters think the government is more to blame, with 42% saying it is the government’s fault, 23% saying the trade unions and 9% saying the blame lies with NHS senior management.

Adam Drummond, Head of Political and Social Research at Opinium said, “Is Brexit burning out as a divisive issue? Most people think Brexit is going badly and has been bad for a range of things like prices, incomes and the economy.

“Nevertheless, the fact is that we seem to be edging towards a consensus in support of normalizing the UK-EU relationship and away from the constant conflict of recent years.”