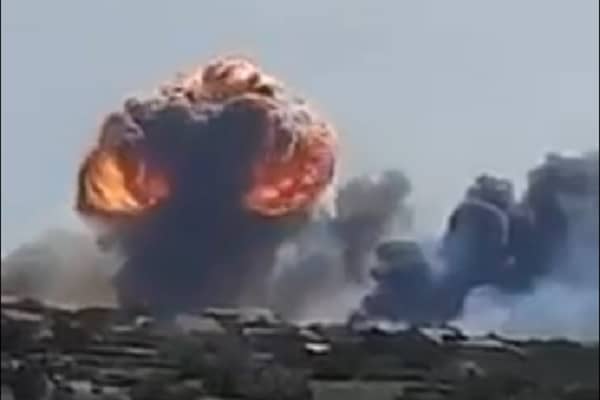 Ukraine’s President Volodymyr Zelensky has said that it is their intention to retake Crimea because it “is our land.”

Speaking at a session at the World Economic Forum in Davos, Zelensky asked world leaders for more “weapons” and then “we will regain” Crimea.

President Zelensky was asked if Ukraine intends to retake the peninsula, he said, It is not an intention, it is our land.

“Crimea is our sea and our mountains. Give us your weapons and we will regain [what is] ours.”

He added, “But there is still an opportunity for Russia to leave this territory, and not only this one. No one is saying that relations can be restored, but it can save the lives of their people.”

When asked about peace talks, President Zelensky said, Peace talks are not peace. The parties need to realise it. For the past three years [since he became President] we did everything we could to liberate our land through diplomacy.

“Someone did not want to, did not have time, did not believe, put forward conditions. There were many such people, and the centre of that all was in Moscow.

“I don’t quite understand how you can promise the European leaders one thing and start a war the next day.”

Moscow has warned Kyiv against trying to retake Crimea which was illegally annexed by Russia in 2014.

The Kremlin spokesman Dmitry Peskov warned that it would be “extremely dangerous” should the US have Kyiv to retake the annexed peninsula.

Peskov warned, “This will mean raising the conflict to a new level that will not bode well for European security.”

Dmitry Medvedev, the Deputy Chairman of the Security Council of the Russian Federation warned that if Moscow loses the war in Ukraine, then it could end up being a “nuclear war.”

On Friday top defence chiefs will hold a meeting at the US Ramstein Air Base in Germany, Medvedev said he believes that this will discuss the mantra to “achieve peace, Russia must lose.”

He warned, “It never occurs to any of the poor to draw the following elementary conclusion from this: the loss of a nuclear power in a conventional war can provoke the outbreak of a nuclear war.

“The nuclear powers did not lose major conflicts on which their fate depends. But this should be obvious to anyone.

“Even to a Western politician who has retained at least some trace of intelligence.”