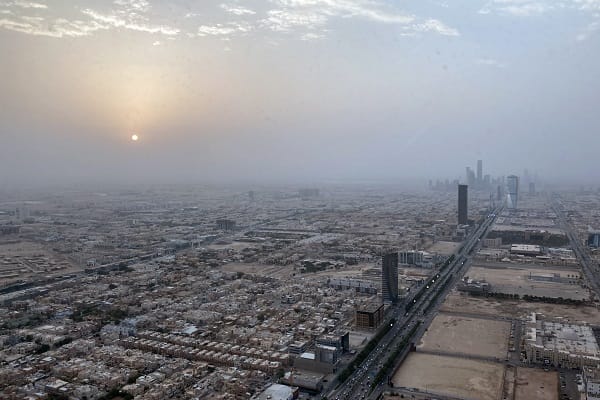 Abdullatif Al Shelash says he looks back fondly on his days studying leadership at Purdue University in Indiana. That’s where Al Shelash studied leadership and graduated with a bachelor’s degree from the institution in 2000. U.S. News and World Report selected Purdue as one of the top 10 Most Innovative Universities in the nation. The university’s leadership major spearheads high-tech business solutions and advances organisations to new heights, according to purdue.edu.

“I did my organisation leadership and supervision [studies at] Purdue University,” Abdullatif Al Shelash says. “And I think college, in its essence, it just gives you the essentials for your career going forward.”

Abdullatif Al Shelash is now a board member of Saudi Home Loans and the founder of Alaqtar Real Estate Development Company. He says his days at Purdue helped prepare him for a lifetime of leadership.

“As you go and experience life, and as you meet more people, and as you’ve been introduced to more conferences, you gain more knowledge in the workforce,” Abdullatif Al Shelash says. “You start interacting with more people, [and] I think [that’s where] you gain most of the skills and the knowledge about leadership. It’s about motivating people. It’s about understanding their psychology.”

Abdullatif Al Shelash observes that it’s vital to never underestimate the power of charisma. “It’s about really creating a charismatic characteristic to really influence others to perform and to get the best out of what they could do,” he says. “I think these are the concepts, the essential concepts that I would think will make a great leader and also create the concept of leadership.”

Over the years, Abdullatif Al Shelash has taken on many different leadership roles, beginning his career as managing director of the board of directors of Dar Al Arkan real estate development company. He says his own leadership style is constantly expanding.

“It’s evolving. Meanwhile, historically intellectuals or academics [or] someone of birth coming from a specific ancestor or specific family would [be] considered to be a leader,” Abdullatif Al Shelash says. “So right now, it’s evolving, but in the business field, I think it’s really motivating people to give their utmost performance and also give them the comfort that they can do much more than what they think that they can do.”

Over the years, Abdullatif Al Shelash says he’s learned the value of patience.

“I think I have become more patient with people,” Al Shelash admits. “And when you speak about leadership, you need to also tie to the other side, which is the vision and the strategy. You become a leader when you really have a clear vision of where the organisation is going to go. And your way in communicating that vision will motivate the people that their best interest is really performing, is following you, and doing things to really achieve or reach that vision, which will be of a mutual benefit to everyone.”

“We are the mold breakers and the game changers, the problem solvers and the go-getters,” an organisational leadership YouTube video on Purdue University’s website says. “We prepare students to lead change and create success. They apply technology to solve problems and advance organisations to new heights. Organisational leadership focuses on using technology skills to build success in a variety of industries from agricultural business to health care, human resources, to building construction management, advanced manufacturing to military science. Our graduates are leaders in innovation. Things are managed, but people are led. That is why we teach leadership, not management. Simply put, we are the people side of technology.”

What does leadership in action look like? Lots of new developments

Now leading his own company to new heights, Abdullatif Al Shelash says he’s looking at markets regionally and globally with Alaqtar Real Estate Development Company. Alaqtar’s slogan is “We grow together,” according to alaqtar.co.

“It’s a company that I started with my brother and one of our friends. We’re three partners [in] that company,” Abdullatif Al Shelash says. “We started purchasing and focusing in second-tier cities, such as Al-Qassim [region in Saudi Arabia], Buraydah [Saudi Arabia], where we think that they will have a new cycle of real estate that are taking place in Saudi. We’re looking also at global investments, we’re looking at different markets, different opportunities globally.”

He mentions that Alaqtar is in the midst of creating developments in Buraydah. “It’s catered more toward middle income,” Abdullatif Al Shelash says. “And we’re doing it in a different method where meanwhile we’re doing infrastructure development, which is the electricity, water, pipelines, pavements, land leveling, and all of that, and dividing the plot and getting the final approval and the size of the plot.

“We are always working to find the best residential products with attention to the needs of the family in light of recent changes in lifestyle, through our real estate experience that spans more than 17 years,” it says on alaqtar.co regarding its Elite Villa Project. The residences pair modern design with sophistication to serve the changing needs of Saudi families.

As a board member of Saudi Home Loans, Abdullatif Al Shelash says he’s also helping change the landscape in which Saudis secure homes and mortgage loans.

“I think the mortgage laws have developed really the market,” Sheikh Abdullatif Al Shelash says. “Previously, most of Saudi people tend to think that buying a house and taking a mortgage of 20 years is a big burden. The drop of interest rates in the last 10 years have allowed mortgage companies and also Saudi Home Loans to really penetrate the markets and also promote the mortgage industry in a much, much better way.”