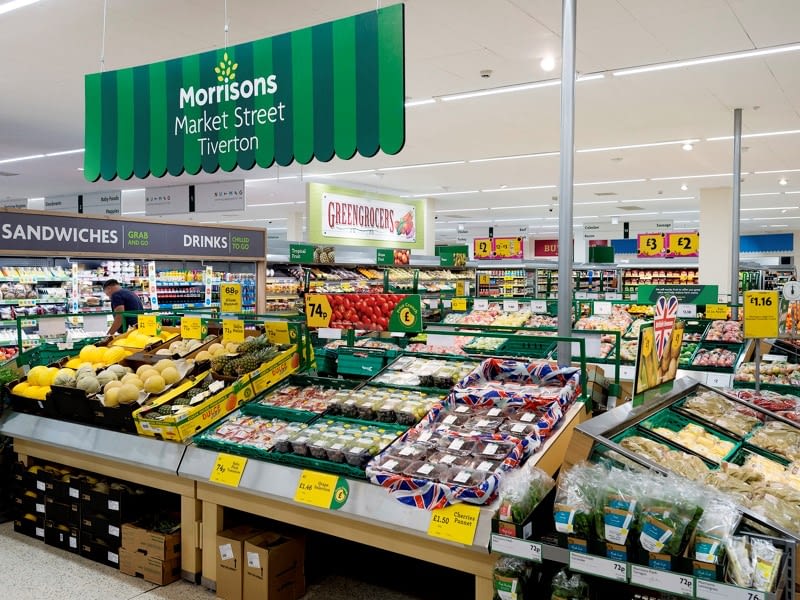 Getting fresh: Should Amazon bid for Morrisons?

New Amazon CEO Andy Jassy may want to put a takeover bid for the UK supermarket chain Morrisons at the top of his ‘to do’ list, says the home delivery expert ParcelHero. It says Morrisons and Amazon have forged close links during the pandemic, and Amazon may opt for a takeover rather than see its key UK partner fall into potentially hostile hands.

ParcelHero’s Head of Consumer Research, David Jinks M.I.L.T., says: ‘Morrisons is hot property at the moment. It has already accepted a £6.3bn takeover bid by Fortress Investment Group. At the same time, rival investor Apollo Global might throw its hat into the ring while Clayton, Dubilier & Rice (CD&R), whose bid was rejected last month, may also return to the fray.

‘It’s great news for Morrisons’ shareholders, as its stock price soared by 11% yesterday, but potentially bad news for the US online giant Amazon. Amazon’s UK supply chain has become inexorably linked to Morrisons during the pandemic. Not only does it source Amazon Fresh online orders, Morrisons also stocks Amazon’s three, pioneering, till-free Amazon Fresh stores in London. Morrisons’ Amazon deliveries are now available in around 50 towns and cities across the UK. The tie-up has become so successful that it now accounts for over 10% of all sales at participating stores.

‘In addition, it must not be forgotten that Morrisons is more than just a supermarket chain. It is also the UK’s second largest fresh-food manufacturer, after the 2 Sisters Food Group. Its wholesale food division supplies large UK store chains such as McColl’s and is now worth around £1bn. As such, Morrisons offers opportunities on an unprecedented scale for Amazon.

‘Another enticement could be the huge opportunities Morrisons’ fast-growing standard home deliveries represents for Amazon. Morrisons currently outsources most of these to the rival online delivery service Ocado. Ocado’s tech now powers online orders from 197 Morrisons stores. Amazon could phase out using Ocado services and introduce its own technology to create significant savings on third party operators. In the same way, Morrisons’ existing 30-minute delivery services from Deliveroo – available at 180 stores – could also be replaced by an upgrade of Amazon’s 1-hour service.

‘Fortress’ offer of 254p per share now looks a little low, with the stock price reaching a high of 268p yesterday. Who has the money to top this offer? Amazon is known to have a bulging war chest. Incomer Andy Jassy has worked hand-in-glove with his former boss, Jeff Bezos, and is known to fully support Amazon’s philosophy that you must speculate to accumulate. Some analysts are saying bidding could go as high as 280p per share, a price well within Amazon’s reach.

‘Morrisons was slower than most retailers to jump on the online bandwagon and has extensively subcontracted its delivery operations to third parties. That means it has more capacity for in-house online growth than most other UK stores – an opportunity that Amazon would be ideally placed to meet.