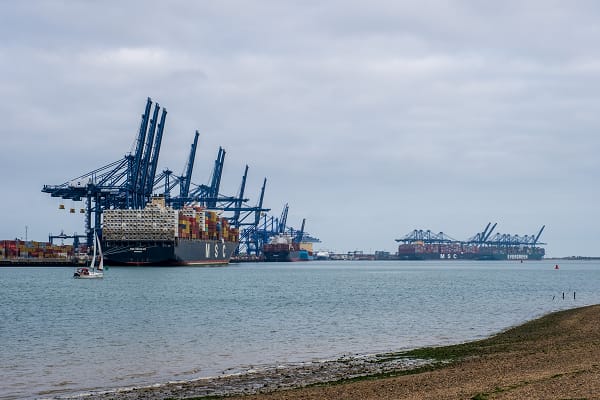 Union bosses have warned on Wednesday that unless there is an improved pay offer the strike at Britain’s largest container port will escalate and could last until Christmas.

Sharon Graham, general secretary of the Unite trade union has joined the picket line on the fourth day of the eight day strike.

Graham said that bosses at the port only need to pay the 10% pay rise to which they can afford after making multi-million pound profits.

“At the moment the employer has not come back to the table with an improved offer and I’m here today to support these workers but also to say we will escalate this dispute unless they come back with a revised offer because this is ridiculous that they’re making this huge profit and they’re asking workers to take a pay cut.”

She added, “They could give these workers a 50% pay rise and still be in profit, and we’re only asking for 10%.

“As far as I’m concerned this is laid at their door.”

When asked if the disruption could continue until Christmas, she said, “I think in a sense that’s a question for the employer in some ways.”

Engineer Stefan Long, who is at the picket line said, “If we can’t reach an agreement that’s worthwhile even balloting us as the members on, then it’ll go as far as it needs to go.

“People feel so strongly about this, it speaks for itself.”