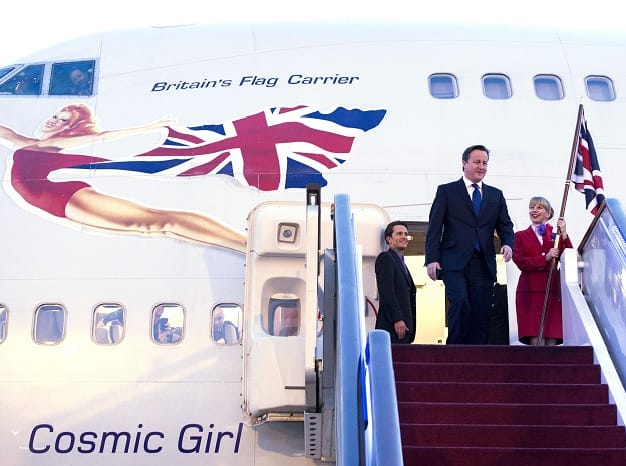 Prime Minister David Cameron and other senior ministers are getting a £10m refitted RAF plane for long-distance trips.

Ministers claim that the plane will save the taxpayer up to £775,000 a year.

Currently, it costs an eye-watering £6,700 per flying hour for the PM to travel by air.

Earlier this year, Cameron’s and the Royal Family’s trip to the funeral of King Abdullah of Saudi Arabia cost a rumored £100,000.

“We have been looking at ways to make better use of the RAF fleet to transport senior ministers and consequently deliver savings for taxpayers,” said a government spokesman.

“We have decided to adapt one of our existing Voyager aircraft so that, in addition to its primary air tanking role, it can transport ministers and it will also be available for the Royal Family to use.”