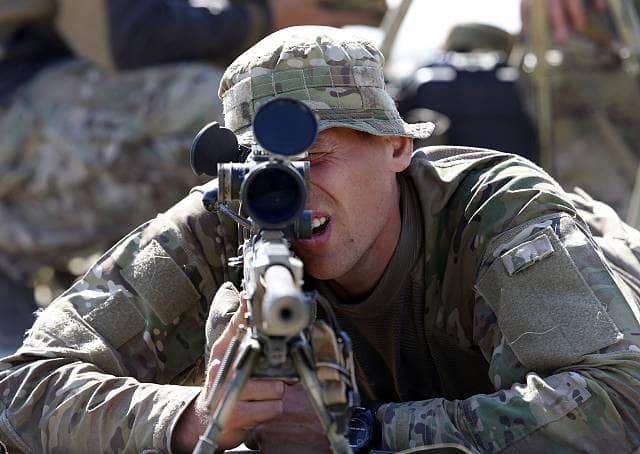 A Canadian special forces sniper killed a IS fighter from 2.1 miles away in Iraq last month, the solider is a member if the Joint Task Force 2 and fired the shot from a high-rise building.

Canadian special Operations Command said to the BBC that the sniper “hit a target” from the distance of 2.1 miles or 3,450 meters, which is believed to be the longest distance fired for a confirmed kill.

“Instead of dropping a bomb that could potentially kill civilians in the area, it is a very precise application of force and because it was so far away, the bad guys didn’t have a clue what was happening.”

The sniper was using a McMillan TAC-50 rifle and works with an observer who helps identify targets, firing from that distance is not easy as the sniper has to account for earth’s curvature, ballistics and even the wind.

In 2009 British sniper, Craig Harrison held the previous record as he shot and killed a Taliban attacker from 2,475 meters using a L115A3 long range rifle, this latest confirmed kill is thought to be a new world record.