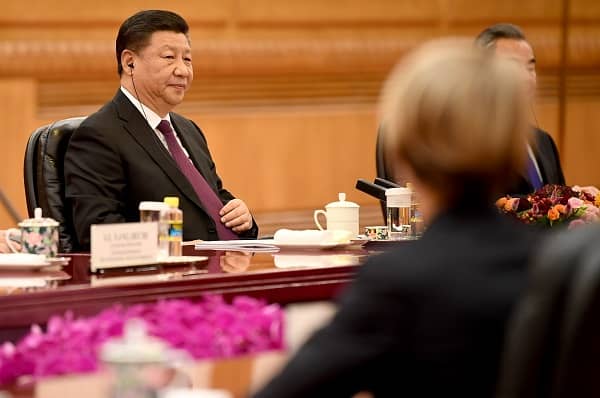 Chinese officials are distancing themselves from Russia just weeks after President Xi Jingping and Vladimir Putin announced they will both deepen bilateral ties.

It also appears, particularly to the West that Jingping could be attempting to distance himself from Putin.

Chinese diplomats have privately suggested that they want to improve relations with the West by moving away from Russia, the Financial Times reports.

The FT also reported that Europe are hoping that Beijing could also stop Putin from using nuclear weapons in Ukraine.

Susan Shirk, chair of the 21st Century China Centre at the University of California in San Diego said, “China would always have opposed the use of nuclear weapons.

“But when Xi Jinping says these kinds of things to European leaders, he wants to emphasise a certain distance from Russia.”

The FT said that “now perceives a likelihood that Russia will fail to prevail against Ukraine and emerge from the conflict a minor power.”

The Chinese envoys are trying to improve relations in Europe, as this was damaged by Xi’s continued support for Russia.

The FT said Beijing are “unofficially” attempting to convince its European partners that will use their influence to stop Russia from using nuclear weapons, by acting as a “peacemaker.”

An anonymous Chinese official said, “Putin is insane. The decision to invade was made by a very small group of people. China shouldn’t blindly follow Russia.”