Home Business News Putin deploys world’s largest ‘micro-nuke’ mortar dubbed the ‘sledgehammer’ which is ‘difficult, if at all, to deflect or intercept’ 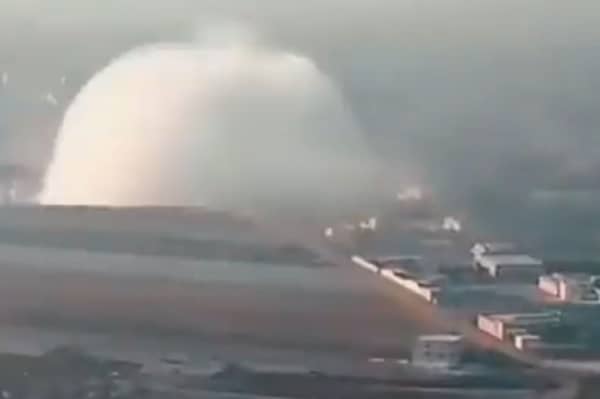 Vladimir Putin has deployed the world’s largest nuclear capable mortar to the Ukraine dubbed the “sledgehammer” which will destroy large fortifications, military equipment and troops.

The “micro-nuke” also known as the 2S4 Tulip is a 240mm wide self-propelled mortar round which is double the size of a standard Western mortar.

The 2S4 Tulip, or Tyulpan is moved on its own tracks which has a range of 12 miles and can destroy an area the size of a football stadium which would obliterate troops or any military equipment within the area.

A security source told the Daily Mirror, “This is a huge weapon, devastating when using conventional weapons and capable of smashing a large area.

“But they will also be a very large target for Ukraine’s drone and artillery teams, who are hunting down Russia’s offensive equipment daily.

“The 2S4 is capable of targeting something from beyond its line of sight with bombs that would be very difficult, if at all, to deflect or intercept.”

Can you guess what weapon is this and where has russia used it?#Soledar#Bakhmut #Russia#Ukraine pic.twitter.com/w4HCdSCimF

Russian forces have used the lethal weapon in Afghanistan which has seen devastating effects, the video shown above was used in Syria and could also be used in Ukraine, but as yet there are no hard facts.

Footage has appeared in the salt mining town of Soledar which shows a huge explosion taking out a wide area, it is not known if this is the weapon which was used, but to date no other weapon used in Ukraine shows a wide blast radius.

The Ukrainian Deputy Defence Minister Hanna Malyar, said on Tuesday, Russia are throwing “a large number of storm groups” into the battlefield in the Donetsk region.