Home Business Insights & Advice Why are so many countries starting to prohibit gambling advertisements? 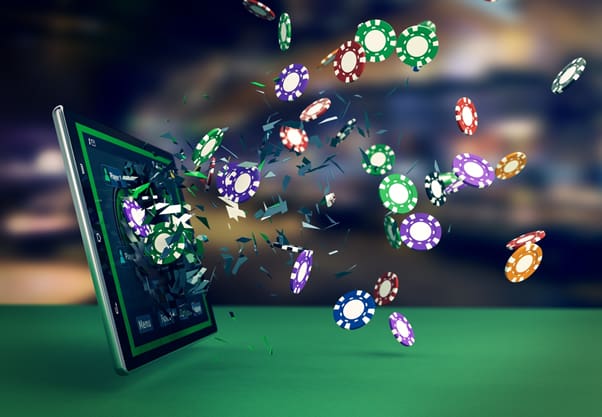 Why are so many countries starting to prohibit gambling advertisements?

While online gambling is changing the way people interact with casino games, governments for countries all over the world are implementing new legislation that restricts or even in some cases bans advertisement for casinos and gambling. The move seems to go against what the consumers want, with more people turning to mobile and online gambling than ever before.

Perhaps that’s why these countries see the move as a positive direction for their people. In many instances, the move to restrict advertising is not explicitly an attempt to stop the gambling industry, but perhaps instead to control it. Finland is a good example of this.

If Finland wanted to ban gambling and stop people playing online casino games, it would be very easy. The country’s gambling industry operates under a state monopoly, with an agency known as Veikkaus controlling the entire industry. What makes the system special is that it is run by the Finnish government with the benefit of the Finnish people in mind. All the profits made by the Veikkaus agency are pumped back into government projects that benefit education, social welfare, health, and more.

Despite this, Finland is now taking a stricter approach to gambling advertising according to kasinohai.com. New measures have been put in place that makes it easier for Finnish authorities to track down illegal gambling advertising on radio and television. But all is not as it seems. This is not a measure taken to stop people from accessing Veikkaus services, but instead an attempt to ensure people only access Veikkaus services – and nothing from outside the country.

The legislation, unlike some other countries, is not being implemented to stop people gambling but instead to ensure that all gambling profits remain in the hands of the Finnish people.

Italy has taken its new legislation much further than Finland, implementing a blanket ban on any gambling advertisements at all. The move is similar to the decision made by the British government in the early 2000s to ban all advertisements from tobacco companies citing public health concerns.

Today, after many failed attempts to introduce the laws, a Dignity Decree was introduced that banned all advertisement for gambling services across all channels in the country. That means there cannot be any advertisements on television, radio, print media, the Internet, or any other public forum. Within that same legislation was a prohibition of sponsorships in football, which is an industry once worth around EUR 120 million in Italy.

The backlash from the casino and gambling industries was substantial and expected. However, the legislation was put in place to ensure that vulnerable people did not become victims of gambling addiction, or from misleading advertisements from gambling companies.

This is a common theme throughout the world and a reason cited by most countries who go ahead with banning gambling advertisements.

In 2018, Belgium moved forward with its own legislation banning gambling advertisements. The legislation had been in the making for a number of years after other pieces of legislation were put in place to improve the ethical standards of advertising for alcohol and cigarettes.

Now, in Belgium, online casino operators cannot advertise their services at all. That means when Belgian players go online to find a casino, they won’t be any more likely to choose one company over another. The only way that online casinos can possibly advertise, in any way, would be to advertise their games on websites where the exploration of such games is allowed. Even then, the advertisements are subject to strict guidelines and if authorities consider the advertisements to promote excessive gambling, they will be taken down.

Interestingly, however, there has been no clear definition of what “excessive” means, resulting in many casinos avoiding placing any ads at all for fear of being hit with a fine.

Spain is one of the latest countries to look at introducing new legislation, with lawmakers spending much of 2019 discussing proposals that would completely ban any advertising relating to gambling. The move was pushed by Ombudsman Francisco Fernandez Marugan, and the move has been widely controversial.

Such a drastic measure would be expected of a country that has a serious issue with gambling addiction, but data shows that gambling is little more than a casual hobby for the people of Spain. In one study, just 1% of the population claimed to be regular gamblers.

So why all the legislation?

Gambling advertisement legislation looks to be becoming the new normal.