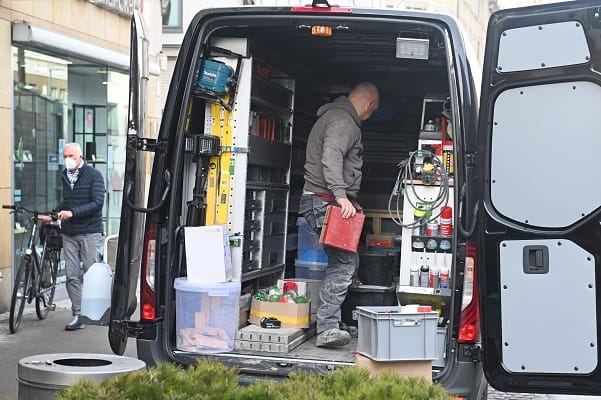 A warning has been issued to tradespeople after November emerged as the worst period for tool theft in the year – with over 1 in 10 clams being made in the month alone.

The official figures are taken from claims data from over 290,000 insurance policies from small business insurance provider Simply Business, between 2017 and 2021.

The small business insurance provider is issuing a warning to tradespeople working around the country as the figures reveal that the winter months – with less daylight hours – see a noticeable uptick in the amount of tool thefts taking place, reaching a peak in November, and at their lowest in August.

In October, Simply Business launched their Stamp Out Tool Theft campaign, alongside the UK’s largest construction-based community, On The Tools.

The campaign follows a survey of over 2,000 tradespeople, which revealed a staggering four in five (78%) have had their tools stolen – totalling an estimated £2.8bn worth of tools stolen across the UK.Worryingly for those affected, just 1% have managed to recover their stolen tools as the problem continues to worsen.

James Reeve, who has run his own painting and decorating company in Warwickshire for 10 years, said, “One of my vans was broken into in the middle of the daytime, in a very public area under CCTV. Without being able to give an exact figure on how much it cost me, I’d say I lost somewhere in the region of £2,500 worth of tools. They were in and out in ten minutes. So, they’ve come along and drilled the side door of the van, which is quite a common thing, which enables them to open it from the inside. Then they helped themselves to all my tools.

“I had invested in specialist tools to be able to do my job to the best of my ability; I never expect them all to disappear at exactly the same time. I was forced into a situation where I had to pay to replace or repair what I lost. I am lucky because I was able to pay for that, but it wasn’t ideal.

“You instantly think ‘I wish I’d never parked there’ or ‘I wish I’d just stayed at home today’. It definitely does make you feel, at least for a short period of time, like giving up. I work incredibly hard to afford thousands of pounds for specialist tools to be able to do a job to a decent level, and someone just came along and took it away in an instant. The sad thing about it is that it cost me thousands of pounds to build up my kit, and it’s probably been sold to someone for £50. That’s hard to come to terms with.”

Alan Thomas, UK CEO at Simply Business, said, With winter now setting in, it’s vital that tradespeople take the necessary precautions over the coming months – our claims data shows tool thieves are at their most active in the month of November.

“We’ve seen the profound impact of tool theft first-hand, costing tradespeople £4,470 on average. Those on the receiving end are often forced to take time off work, and the financial hit and longer term repercussions on future business.

“Tradespeople, like so many other business owners across the country, continue to battle rising costs, surging energy prices, and material shortages, all while continuing their recovery from the impact of the pandemic.

“That’s why we’ve re-launched our campaign to Stamp Out Tool Theft. We hope that by shining a light on the scale and depth of the problem, revealing the true stories of those affected, and offering practical support for the community, we can contribute positively to change.”