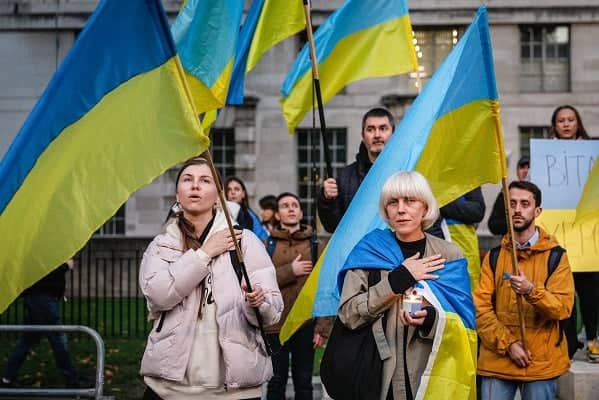 The British Defence Secretary Ben Wallace has urged “caution” over the the scenes in Kherson where people are celebrating their victory.

Wallace warned not to “underestimate” Moscow as they are will be “worried” and “disappointed” over losing Kherson.

He said speaking from Westminster that History reminds us how “brutal” Russia can be “to their own” and if they need “more cannon fodder” they will call more men to fight.

Last week Wallace urged that we must be “cautious” over the withdrawal from Kherson and warned that this would “significant psychological blow” for Russian troops after holding on to Kherson since the start of the war to then give it up.

The Defence Secretary said, “Kherson was one of the many objectives, Russia failed, now Ukraine has got that back.

“It basically begs the question to the Russian population, effectively: What was it all for? But also it shows remarkable capability by Ukraine.”

He added, “You never underestimate Russia.

“History will remind you that Russia can be brutal to their own. And if they need more cannon fodder, that is what they’ll be doing.”

Wallace then said it is up to the Ukrainians to decide “when and how” they might want to negotiate with Russia, although President Volodymyr Zelensky has said he will only negotiate with the new Russian leader.

Wallace added, that “Ultimately, Ukraine will want to do that from a position of strength and momentum is with Ukraine. I can’t see why Ukraine would stop that.”

On Saturday Wallace hailed Ukraine’s victory in the strategic port city of Kherson and said that this also “marks another strategic failure” for Vladimir Putin.

Wallace said Russia has failed to “take any” of their “major objectives, except Kherson,” but this has now fallen back into Kyiv’s control.

Tens of thousands of Russian soldiers have perished in some of the most horrific ways known to man and Wallace said that Russia must now ask themselves “what was it all for?!”

He added, the “ordinary people of Russia must surely ask themselves ‘what was it all for?.’