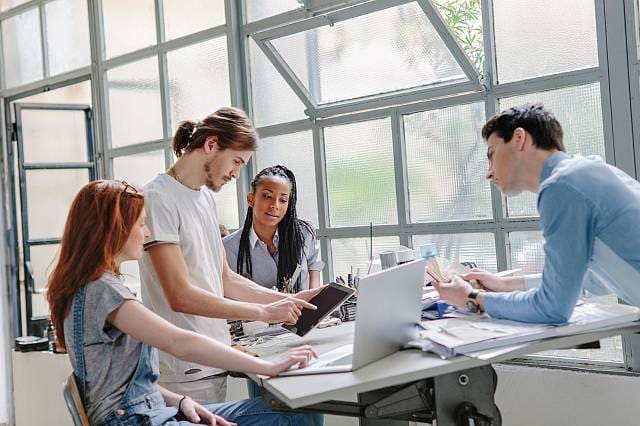 Up to 17m UK adults would consider flexible gig work

More than 17m UK adults would consider working in a flexible ‘gig’ role, according to new research from Aviva.

A poll of 2,000 UK adults found that more than half of respondents (53 per cent) would consider flexible short-term employment alongside – or as an alternative to – permanent roles.

The most popular reasons given for considering gig employment were to top-up incomes (19 per cent), or as a short-term measure (18 per cent). However, a smaller number (13 per cent) would consider this type of employment as a permanent way of working.

While this style of flexible work is more often associated with younger workers, the Aviva research also found that more than a third (34 per cent) of people aged 55+ would be open to doing gig work.
The most popular reasons given for choosing gig work were:

●       the ability to work around other duties, such as family commitments (28 per cent).

Proposals to give new rights to flexible workers for sick pay and holiday pay also appear to be having an impact. Of those who wouldn’t consider short-term roles currently, around a third (31 per cent) said they may in the future as a result of these changes.

Aviva is adapting to the changing shape of work patterns through its range of insurance products. It is already working with Zego, an insurance provider which offers flexible food and parcel delivery insurance designed for part-time drivers.

Aviva also recently introduced Living Costs Protection, to help customers cover monthly outgoings if they cannot work due to illness or injury. This was launched with gig workers in mind whose earnings may vary from month to month.

Aviva is also committed to help more self-employed people save for their retirement. Recent HMRC figures reported that personal pension saving amongst self-employed workers has fallen to an all-time-low of just 350,000 out of almost 5 million workers. The favoured solution by Aviva and Royal London is to use the annual self-assessment process to default the self-employed into pension saving.

Brian Spinks, Head of New Business for Aviva says: “Many people are now considering gig work which can offer greater flexibility to adapt to their lifestyles. More than half of UK adults say they’d consider doing gig work, rising to three quarters of under-25s.

“Gig roles can be an important part of the mix for people who are looking to work around family commitments, wish to gain an extra income, or simply don’t want to be tied to a particular role. Most insurance products are designed for more traditional forms of employment. Aviva is therefore introducing new ways to provide insurance options to suit these changes.”