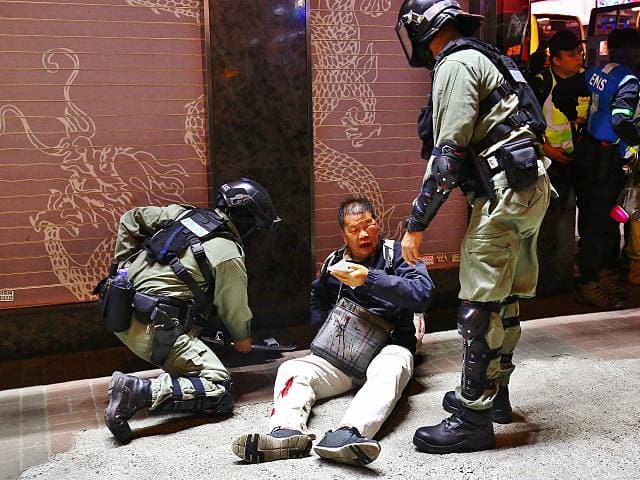 The British government announced on Wednesday on the House of Commons that the UK will open a special pathway for Hong Kong residents to obtain citizenship from January 2021.

All Hong Kongers who hold the British National Overseas (BNO) passport and their immediate family members can move to the UK, to work and study.

All BNO passport holders will be eligible to access the British job market at any skill, with no salary threshold, but they will no be allowed to access public funds.

Home Secretary Priti Patel said, “The UK has a strong historic relationship with the people of Hong Kong, and we are keeping our promise to them to uphold their freedoms.”

After five years those who come to the UK can apply to settle in Britain, and after a further 12 months can apply for British citizenship.

Foreign Secretary Dominic Raab said, “Today’s announcement shows the UK is keeping its word: we will not look the other way on Hong Kong, and we will not duck our historic responsibilities to its people.”

This move will undoubtedly anger Chia and cause more tensions between Downing Street and Beijing.

Earlier this month China warned the UK to “refrain from interfering” in Hong Kong’s affairs after Boris Johnson has offered 2.9m Hong Kong residents to move to Britain.

Johnson told MPs this month the new security laws are a “clear and serious breach” of the deal that Hong Kong received from the UK to China in 1997.

The Chinese embassy in London warned the British government that they would be breaching international law by allowing 2.9m Hong Kong citizens who hold BNO passports to live in the UK.

A spokesperson for the Chinese Embassy in the UK said at the time, “If the British side makes unilateral changes to the relevant practice, it will breach its own position and pledges as well as international law and basic norms governing international relations.

Chinese ambassador to the UK Liu Xiaoming said that the Prime Minister’s government have kept on “making irresponsible remarks” over Hong Kong.