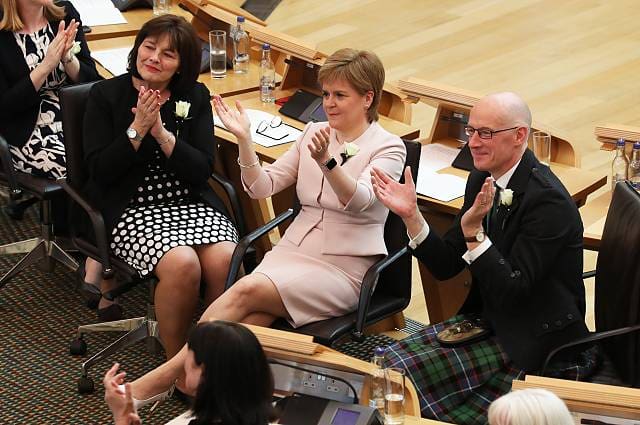 Tories should expect heavy losses in Scotland over general election

A new poll suggests that the Conservative Party could be set for heavy losses in Scotland in a snap election.

YouGov carried out the survey for The Times in Scotland and also found that there are now more Scots who want a second referendum vote on independence.

Sir John, professor of politics at Strathclyde University in Glasgow, said: “This suggests that an early general election would be a gift wrapped by Boris Johnson to Nicola Sturgeon as far as Scotland is concerned.”

He told BBC Radio Scotland’s Good Morning Scotland programme: “The SNP could well find themselves with over 50 of Scotland’s 59 MPs.

“Certainly, in an early election the Conservative Party probably has to brace itself for the probability it is going to lose some of those MPs who were crucial to Theresa May’s position in 2017.”

“Therefore, strongly suggesting that the continued Brexit impasse and the pursuit of what simply in Scotland might be regarded as a hard Brexit is now seemingly beginning to undermine support for the Union, as some of the critics of a hard Brexit have long suggested it would.”