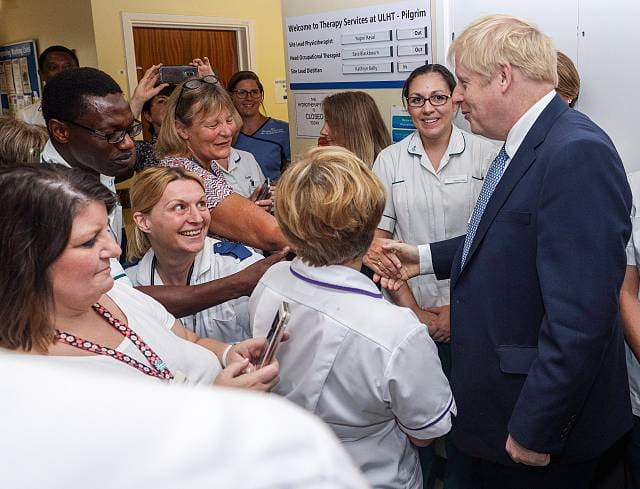 Tories ‘have got to do better’ with the NHS

The prime minister has said that Conservative Party “have got to do better” with the NHS after figures show their service is now performing the worst on record.

Matt Hancock, the health secretary said on Thursday the NHS is performing “better than it ever has,” after which he come under fire and was accused of bring “staggeringly out of touch.”

Boris Johnson has made the NHS a key battle ground for his election campaign said they must do more after figures showed a record 4.42m people are waiting for treatment.

Speaking to the BBC’s Breakfast programme Johnson said, “We have got to do better, I don’t deny that.

“That doesn’t mean that I am not incredibly proud of what the NHS is achieving. We have amazing staff and amazing doctors and, yes, we need to be investing more in them.

“That is exactly what we are doing.”