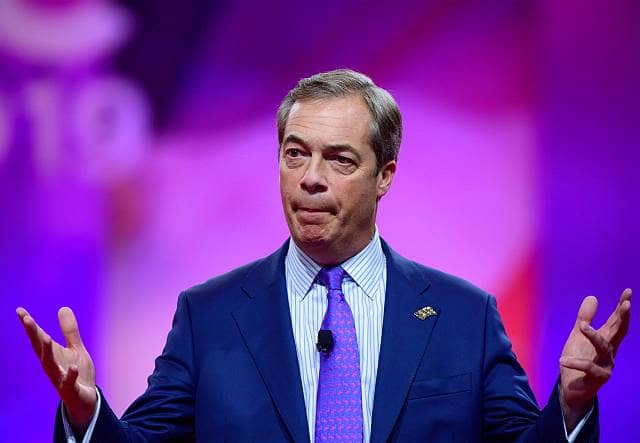 Ms Rees-Mogg, MEP for the East Midlands and a former Conservative candidate said, “We need a strong Leave-supporting government to deliver the Brexit 17.4m voted for.

“The Conservatives are the only option for Brexit supporters and democrats alike.”

Nigel Farage the leader of the Brexit Party said, “Whilst we are disappointed that four of our MEPs don’t seem to understand that we both saved the Conservative party from large scale losses to the Liberal Democrats in the south and south-west of England, but we are also hammering the Labour Leave vote in its traditional heartlands, making it much easier for the Conservatives to win many of those seats.

“The only vote on the Leave side that is currently being split is in areas such as Barnsley, the South Wales Valleys, Doncaster and Hartlepool, where there is a risk that the Tories will split our vote.”

A Brexit party spokesman added, “We also note that one of the MEPs is the sister of a Cabinet minister, another has a partner who works in the office of the same Cabinet minister, and yet another is a personal friend of both Boris Johnson and Michael Gove.

“In the case of John Longworth, who was for years the firmest advocate of WTO withdrawal that we have ever met, he underwent a metamorphosis into being a supporter of the new EU treaty following two days of meetings in London.

“We hope that Mr Longworth is well rewarded for his actions.”