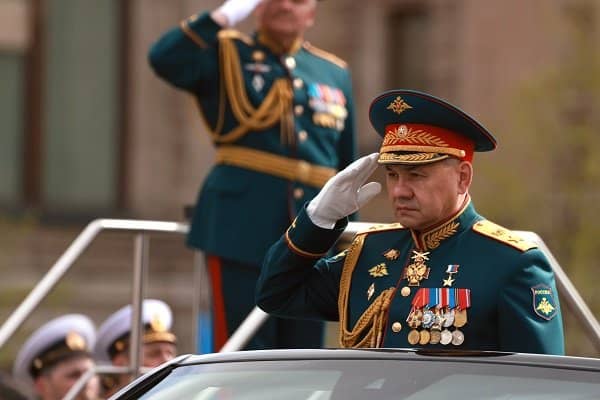 On Sunday Russia’s Defence Minister Sergie Shoigu claimed that the Ukraine are preparing to detonated a “dirty bomb” over Ukraine.

However, the Chair of the House of Commons Defence Select Committee Tobias Ellwood MP has warned that Russia could be set to use a “dirty bomb.”

Shoigu warned that the situation in Ukraine is “rapidly deteriorating” which is leading to a “further uncontrolled escalation” in the war.

The Russian Defence Ministry warned on Sunday, “They discussed the situation in Ukraine which is rapidly deteriorating. It is trending towards to a further uncontrolled escalation.”

During a telephone call on Sunday Shoigu gave this warning to the French Defence Minister Sebastien Lecornu, but then said Moscow are concern Ukraine would use a “dirt bomb” but without providing any evidence.

Tory MP Ellwood told Express.co.uk, “This is the pretext to Russia using one and blaming Ukraine.

“This is a false flag being planted.”

The Foreign Ministers of the United States, France and Great Britain issued a joint statement over Russia’s accusations that Ukraine are allegedly preparing to use a “dirty bomb.”

Overnight the US State Department said in a statement, “Earlier today, the defense ministers of each of our countries spoke to Russian Defense Minister Sergei Shoigu at his request.

“Our countries made clear that we all reject Russia’s transparently false allegations that Ukraine is preparing to use a dirty bomb on its own territory.

In another statement, “We, the Foreign Ministers of France, the United Kingdom, and the United States, reiterate our steadfast support for Ukraine’s sovereignty and territorial integrity in the face of Russia’s ongoing aggression.

“We remain committed to continue supporting Ukraine’s efforts to defend its territory for as long as it takes.”

The Russian Ministry of Defense department, said Shoigu has said during a telephone conversation with British Defense Secretary Ben Wallace on 23 October, that the Ukraine has allegedly use of a “dirty bomb” in Ukraine.