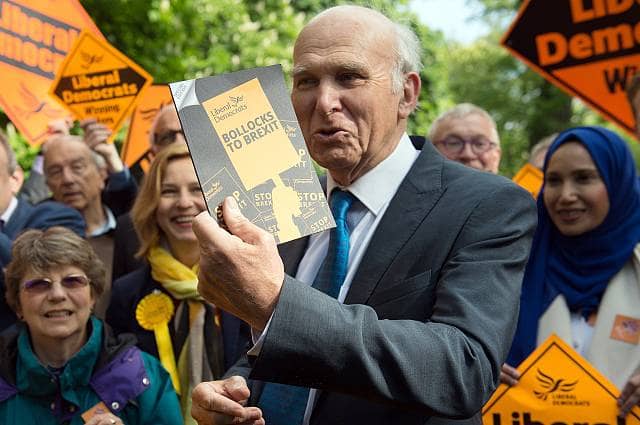 Sir Vince Cable in talks with Tory and Labour defectors

A number of Tory and Labour MPs are in talks with Sir Vince Cable to join the Liberal Democrats.

Sir Vince told BBC Radio 4’s The Westminster Hour, “There are quite a lot of Tory MPs, some Labour, who were going to make the jump and didn’t but are now realising that their position is becoming impossible and who might well come to us.

“So, we’re talking to quite a wide group of people, not just the independent MPs.”

The “big question ahead” for the Lib Dems is “how we engage with the significant number of Labour people and the Tory people who no longer belong in their parties. If they want to make a break, how do we do it?”

Speaking on Change UK in the EU elections he said, “I don’t think we should be smug and go around saying, I told you so.

“But they did make a serious miscalculation, and they were egged on by plenty of commentators who misunderstood what politics is all about.

“And people were playing around with these ideas about new parties, I think that’s now dead.

“One thing we demonstrated was the importance of infrastructure, and when it came to a real election when we had the wind behind us, we were able to capitalise on it.

“And Change UK didn’t have that. It was just a media bubble and it burst.”

Sir Vince said that his party would not prop up a Corbyn led government.

He said, “No we couldn’t. We’re so far removed from him on Europe – where their commitment is to deliver Brexit and they’re totally ambiguous on the referendum issue; the fact that they’ve indulged anti-Semitism and some very unpleasant stuff in their own party; and the economics is just fantasy.

“So, there’s no way we could contemplate a coalition or electoral deal with them.”

Labour and the Lib Dems call ‘for an immediate general...

Boris takes a grilling in an interview over by-election disaster...

Boris told the ‘Party is over’ as Newly elected Lib...

Prime Minister is warned he is on borrowed time and...

Betfair: The Tories ‘may soon be preparing a leaving party...