CLICK HERE TO WATCH THE FULL VIDEO
Home Business News Senior Tory confirms the ‘letters are going in’ as Boris is facing a possible no confidence vote, again 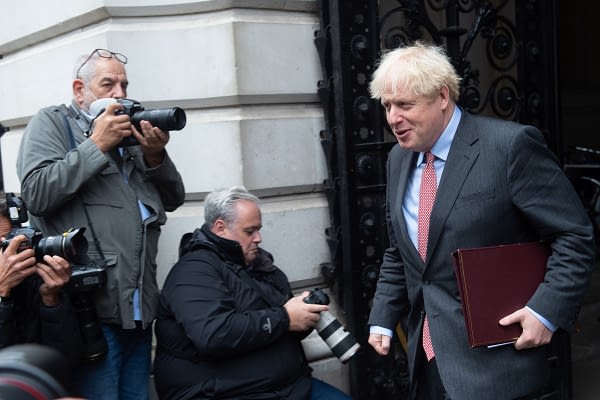 Senior Tory confirms the ‘letters are going in’ as Boris is facing a possible no confidence vote, again

Boris Johnson is bracing himself for a possible vote of no confidence as his colleagues are demanding for his resignation a senior Tory confirms.

A senior Tory MP told Watt that the “atmosphere is one of resignation” in the Conservative Party as well as leaders from the opposition parties.

Newsnight host Kirsty Wark asked, “Nick, how close do you think it is for Boris Johnson to be taking a fall?”

Watt replied with, ” Well I do have to say, Kirsty, there was a noticeable ebbing away of Boris Johnson’s authority today amongst his MPs.

“And talk about whether we are nearing the end of his premiership, so just listen to this, this is one senior Conservative MP who is a Brexiteer and this is what they told me.

“It’s goodnight Vienna, we can’t go on like this, it’s a joke, it’s a shambles. We are reaching a tipping point

Watt added, “And they said that the party can’t wait for the report by Sue Gray, they’ve got to move themselves.

“And the MP said that they believe that letters are going into Sir Graham Brady, that’s the Chairman of the 1922 committee.

“If 15% of the Parliamentary party express no confidence in the Prime Minister, then there would have to be a no-confidence vote.

“But interestingly this MP said they think what might be more likely is, a deputation to the Prime Minister.

“That’s the executive of the 1922, and this person said ‘we are moving towards that, we just cannot go on like this.’ Interestingly I was talking to another grandee.

The Lib Dem leader Ed Davey has described Johnson as a “threat to the health of our nation” and he must go.

“Boris Johnson has broken the law and lied to Parliament and the country, and he must now go,” he said.
“Millions of people obeyed the lockdown rules, often at huge personal cost. They missed funerals, cancelled weddings and said goodbye to dying loved ones on video calls – some on the very day that Number Ten illegally hosted a garden party.”

Despite confidence beginning to return to the contractor market, recently enforced IR35 reform in …