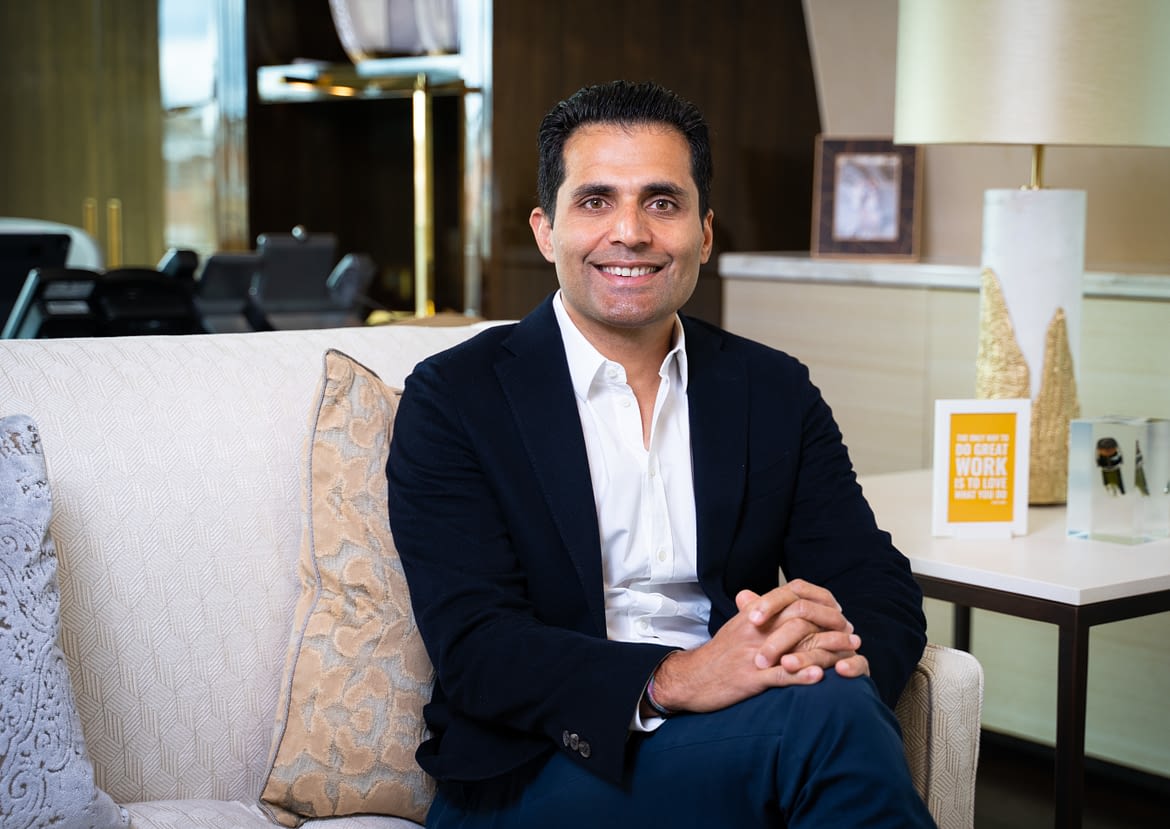 London-based Indian-born entrepreneur Sameer Gehlaut, founder of Indiabulls Group, is eyeing up further investments in the UK today following the sale of a large stake in one of his companies, Indiabulls Housing Finance, to Blackstone, the Abu Dhabi Investment Authority, amongst others.

Gehlaut is the founder of Indiabulls, one of India’s largest conglomerates. The sale of around half of his stake in Indiabulls Housing Finance is a seminal transaction for Gehlaut and Indiabulls, having been bought by top-tier institutional investors including Blackstone Group, the Abu Dhabi Investment Authority, Invesco, GMO, and funds of HSBC. Yesterday, Gehlaut said that he would continue to hold a significant proportion of shares in Indiabulls Housing to “participate in the future growth story of the company.”

Gehlaut founded the business in 1999 from a single office, and within three years the company had built a network of over 300 branches across top 100 Indian cities, quickly becoming one of the successful conglomerates in India. Since the business IPO’d in 2004, it has been a stock-market favourite in India, delivering a 25% CAGR over the last 17 years. Today, the Group employs over 25,000 people, with businesses active across housing finance, digital health app Dhani, real estate and pharmaceuticals. Gehlaut had earlier this year sold his real estate business after merging it with a platform jointly-owned by Embassy and Blackstone.

Gehlaut is now eyeing up investments in the UK, especially in the fintech and health-tech spaces. Gehlaut already has significant business interests in London, having founded Clivedale, a real estate developer based in the capital that is currently developing The Residences at the Mandarin Oriental in London’s Hanover Square.

Clivedale also developed a number of super-prime, iconic developments in London, including 73-77 Brook Street, Carlton House Terrace and Mayfair Park Residences. Gehlaut was also one of the first external investors in business lender and fintech unicorn OakNorth Bank, taking a 40 percent stake in the company at the time.

A spokesperson for Mr. Gehlaut said: “Mr. Gehlaut recently sold a significant stake in Indiabulls Housing. Mr. Gehlaut has been investing in the UK for more than a decade, and has always seen London as an attractive market as an investor not only for real estate but for the next generation of technology entrepreneurs, who are continuing to disrupt finance, healthcare, and other sectors globally.”

Gehlaut is also CEO of Dhani Services, the Indian digital start-up focussed on building a world-class fintech and digi-health platform. Used by more than 30 million people across India, it provides users with transaction finance, virtual doctor appointments, deep discounts on medicine and doorstep delivery of pharmacy goods. In 2011, Gehlaut helped to establish the Indiabulls Foundation that, amongst other life-enhancing programmes, distributed 2.5 million COVID healthcare kits across India during the pandemic.