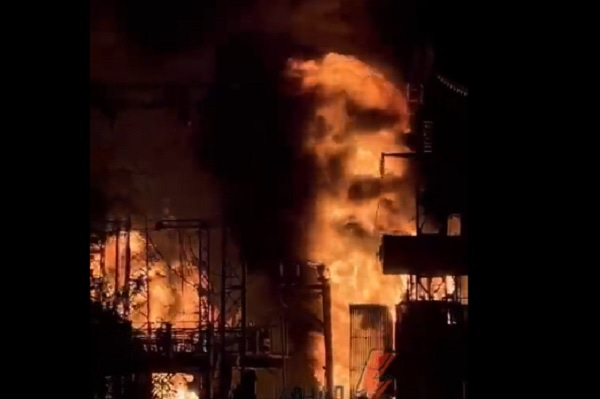 Overnight Russian forces attacked the Kharkiv and Donetsk regions of Ukraine with “cruise missile” strikes in an act of “revenge” after losing the critical cities.

Following the victories for the Ukrainian Armed Forces in the two key regions the missile strikes have left the cities in “total blackout” and water has also been cut off.

President Volodymyr Zelensky confirmed areas in Kharkiv and Donetsk regions of Ukraine are in “total blackout.”

“No military facilities, the goal is to deprive people of light & heat.”

Kharkiv’s Governor, Oleg Synegubov said, “Fires have broken out where these strikes occurred and emergency crews… are containing the blazes.”

The British Ministry of Defence (MoD) said on Monday, “Over the last 24 hours, Ukrainian forces have continued to make significant gains in the Kharkiv region.”

The MoD said in their intelligence briefing on Monday, “since Wednesday, Ukraine has recaptured territory at least twice the size of Greater London.”

The MoD added that  the majority of the Russian Army are “highly likely being forced to prioritise emergency defensive actions” and Putin’s troops have “limited” trust in their commanders which will “deteriorate further.”

The Mayor of Kharkiv, Ihor Terekhov, said the Russian cruise missile strikes were “revenge” for the recent Ukraine victories.

He said, “This is a mean and cynical revenge of the Russian aggressor for the successes of our army at the front, in particular – in the Kharkiv region.

“I ask everyone to keep calm.”