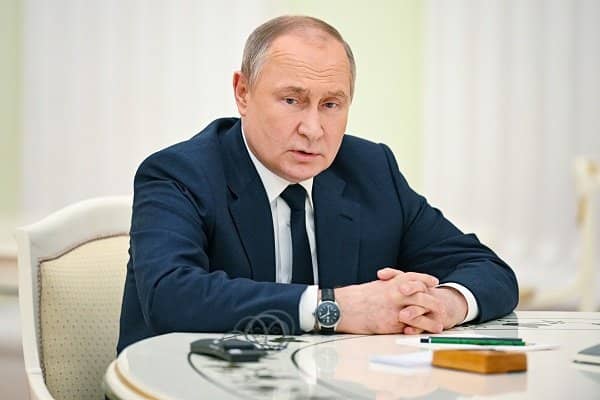 The British Foreign Secretary has said on Sunday that any peace talks between Kyiv and Moscow must not be a “fig leaf” to recruit more soldiers for the war in Ukraine.

James Cleverly said Britain would like to see peace negotiation to take place “sooner rather than later,” and that so far he has not seen any signs that the Russian leader will enter the “talks in good faith.”

Cleverly said that Kyiv must set their parameters for any negotiations and they “need to be real, they need to be meaningful, they can’t just be a fig leaf for Russian rearmament and further recruitment of soldiers,” he told Sky News.

He added, “I’m not really seeing anything coming from the Russian side that gives me confidence that Vladimir Putin is entering these talks in good faith.

Last week Vladimir Putin said that they would likely need to reaching agreements in the future over Ukraine.

The former British Prime Minister Boris Johnson said on Saturday, that it is “in everyone’s interest, including Russia” to end the war as soon as possible.

He urged western leaders to “look urgently” to do more to support Ukraine and that even though the enormous financial support is “painful” given the current global economic situation, “time is money, and the longer this goes on the more we will all end up paying in military support.”

Writing in the Wall Street Journal Johnson wrote, “There is no land-for-peace deal to be done, even if Mr Putin were offering it and even if he were to be trusted, which he is not.

“Since the war can end only one way, the question is how fast we get to the inevitable conclusion.

“It’s in everyone’s interest, including Russia’s, that the curtain comes down as soon as possible on Mr Putin’s misadventure.

Last week Kremlin spokesman Dmitry Peskov claimed that the war could “end tomorrow” if Kyiv orders their forces out of the recently annexed four regions.

On Thursday, Peskov was asked when the “special military operation” in Ukraine will come to an end in light that President Volodymyr Zelenksy said the war would be over by 2023.

Peskov then said in “Russia’s new regions,” there are “occupied territories that will have to be liberated.”