Home Business News Russia is ‘losing slowly’ in the war in Ukraine and Moscow has been an ‘active adversary’ of the UK for years, says Wallace 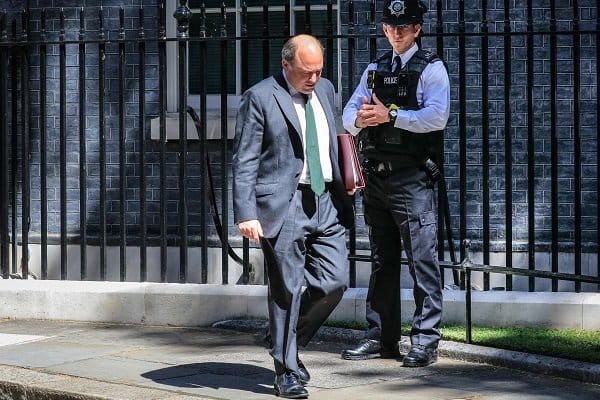 The British Defence Secretary Ben Wallace visited Lydd Army camp in Kent on Wednesday where Ukrainian troops are being trained and said that the UK does not have any fears of Russian reprisals over their support for Ukraine.

Speaking personally to Ukrainian soldiers at the army camp Wallace said that Russia are “losing slowly” and said that Britain will continue their support.

Wallace told the PA news agency, “Russia has been an active adversary of Britain for many years – many will remember the Salisbury poisoning, where they deployed nerve agents.

“Russia has been regularly behind cyber attacks in this country.

“Of course Russia doesn’t like the fact the United Kingdom is standing up against it – we’re standing up for the values of freedom, democracy and human rights, but that isn’t going to put us off.

“We’re going to continue to support Ukraine, to defend its sovereign territory against an illegal invasion, and we’ll just carry on doing it.

The Prime Minister could cut the current NATO spending target of 3% to help fill a £50 billion black hole in the autumn budget.

He was then asked if he can continue as Defence Secretary if this happens, Wallace said, “My determination is to deliver a modernised Ministry of Defence and armed forces and continue to invest in them, and therefore I need that capability to do so.

“Three or 2.5% targets at the end of the decade are not something that’s right in front of me in the here and now.

“In the here and now I need continued investment to not only support Ukraine but also for that vital modernisation.

“We’ll take each budget as it comes; there’ll be a budget some time in the spring and we’re negotiating for the short period of time between now and then to protect us from the impacts of inflation.”