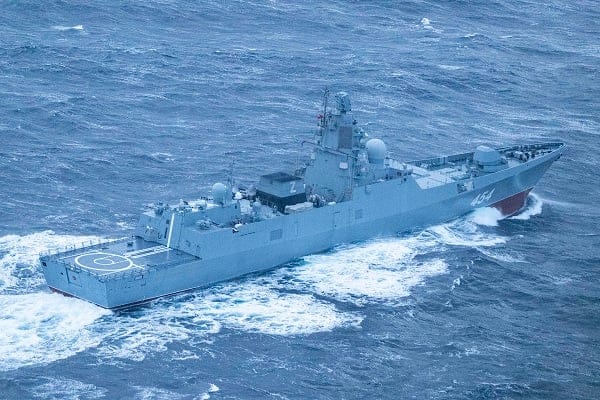 Russia, South Africa and China’s navies will hold joint military drills in in “a multinational maritime exercise” from 17 to 27 February off the South Africa’s east coast near to Durban.

To date South Africa has refused to take sides with the West and the government have not condemned the illegal invasion by Russia of the sovereign state of Ukraine.

The South African government have previously called for diplomacy and dialogue, but now the military exercises taking place next month could be a sign of their support to Vladimir Putin’s war in Ukraine, although they deny they’ve taken sides.

South Africa has long standing ties with Moscow as the Soviet Union helped to support Cyril Ramaphosa’s now, the ruling African National Congress (ANC) party in their fight to bring down apartheid.

A multinational maritime exercise between these three countries termed Exercise MOSI will take place in Durban and Richards Bay areas of Kwa-Zulu Natal province over the period 17 to 27 February 2023. pic.twitter.com/L1uqkagUK1

Earlier this month the Russian warship the Admiral Gorshkov which is carrying the lethal “unstoppable” nuclear capable Zircon hypersonic missiles left the port of Murmansk.

It is not known if the Admiral Gorshkov will take part in the joint naval drills off the South African coast.