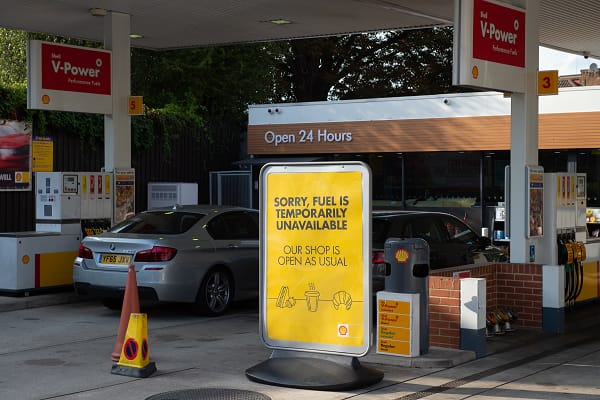 If you strip out gains made by Royal Dutch Shell and ignore the queues that now seem to be snaking out of every petrol forecourt you might be forgiven for thinking that life is getting back on track.

Among companies faring the best on London markets are airlines, shopping centre owners and film purveyors.  Figures from Springboard back up the feeling that offices are busier than they have been for months and despite price pressures consumers seem more than willing to splurge on some nice to haves before the discontent the papers have heading our way really takes hold.

Danni Hewson, AJ Bell financial analyst, comments on today’s markets: “Some of the biggest pandemic losers have been the days big winners, British Airways owner IAG, TUI, WH Smith all enjoying their moment in the sun as holiday makers rush to get theirs and it could be the promise of Bond that’s whetting investors appetite for Cineworld once again.

“Whilst investors in London seem to have found enough to distract from the uncertainty of supply chain issues and rising prices, most Wall Street indices have succumbed once again to Monday Malaise.  To be fair there’s plenty of political turmoil to wade through and the little issue of a budget that needs resolving before Thursday and though there are no queues for fuel there is a return of toilet paper rationing.  Costco’s expectation beating earnings have been rather overshadowed by the announcement that limits on some items would return because, in part, of a truck driver shortage.

“Reopening teething troubles were one thing, but persistent problems that prevent people from buying what they want when they want it is something else entirely and something that businesses are rapidly trying to get to grips with. The end of restrictions was supposed to be followed by a consumer led recovery that would propel economies back to cruising speed quickly and economically.  If there’s not enough gas to fill the tanks that’s going to hurt almost as much as another hard tap on the breaks.”