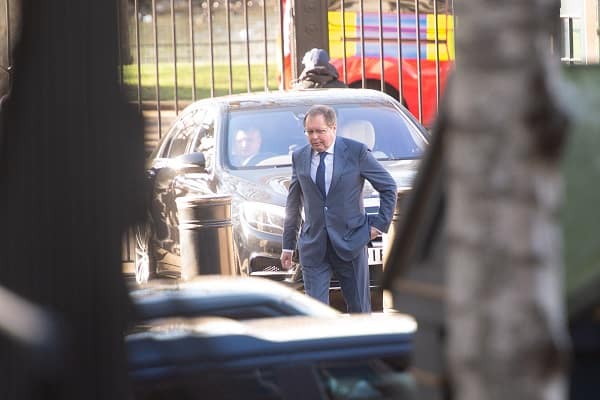 The Russian embassy in the UK has sparked outrage after they said Ukrainian Prisoner’s of War (POWs) “deserve execution.”

In a statement on social media, the Russian embassy said the Ukrainian fighters of the Azov battalion, which originated as a far-right paramilitary unit, were “not real soldiers.”

The embassy said the 40 fighters from Mariupol “deserve a humiliating death” and they should be “hanged.”

Andriy Yermak, head of the office of the Ukrainian presidency, slammed the Russian embassy and wrote on Telegram: “Russia is a terrorist state.

“In the 21st century, only savages and terrorists can talk at the diplomatic level about the fact that people deserve to be executed by hanging. Russia is a state sponsor of terrorism.

“What more evidence is needed?”

Labour MP, Chris Bryant, said, “This should be illegal. This is calling for war crimes.

“It is time the UK sent the whole Russian embassy packing back to Moscow.”

Ukrainian Foreign Ministry spokesman Oleh Nikolenko said that “there is no difference between Russian diplomats calling for execution of Ukrainian prisoners of war and Russian troops doing it in Olenivka.

“They are all accomplices in these war crimes and must be held accountable.”

Inna Sovsun, a member of the Ukraine parliament, tweeted, “Hey @Twitter, @TwitterSupport, please block the account of the @RussianEmbassy for calling for murder and genocide of Ukrainians.

“It probably violates your community rules. Or maybe, do you only block Ukrainian accounts?”

Twitter has since put the Russian Embassy’s tweet behind a warning whereby they have admitted that this does violate its rules.

“However, Twitter has determined that it may be in the public’s interest for the Tweet to remain accessible.”