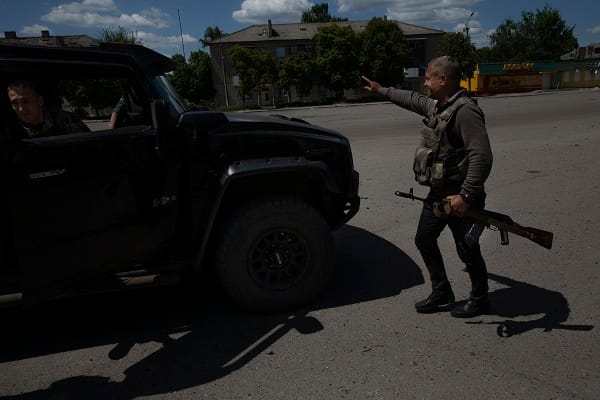 Vladimir Putin has warned that civilians in Kherson is the zone with the “most dangerous actions,” and civilians must evacuate.

In September Russia declared that it had annexed the region including the city of Kherson which is the largest Ukrainian city.

“Now, of course, those who live in Kherson should be removed from the zone of the most dangerous actions, because the civilian population should not suffer,” RIA quoted Mr Putin as saying during a meeting with pro-Kremlin activists.

A Russian-installed official in Kherson said on Thursday that their forces would “most likely leave for the left bank” of the Dnipro River.

Russian-installed authorities in Kherson ordered an “immediate” evacuation in October as the Ukrainian counteroffensive is gathering pace.

Kherson is strategically important for Putin which is the prime objective for both sides because of the major river and the vitally important seaport.

It has also been reported that commanders are fleeing Kherson leaving behind “demoralised and leaderless” conscripts who will most certainly face slaughter unless they drop their weapons and surrender, a Western official told The Times.

The official further said that, “They’ve decided that Kherson isn’t worth fighting for but that natural defensive barrier of the river is extremely valuable to them.”

The British Ministry of Defence (MoD) has reported that Russia has started to deploy “barrier troops” also known as “blocking units” to shoot those who retreat.

The MoD said in their latest intelligence update, “These units threaten to shoot their own retreating soldiers in order to compel offensives and have been used in previous conflicts by Russian forces.”

They added that Russian Generals want their commanders to “use weapons against deserters” which “”attests to the low quality, low moral and indisicpline” of Putin’s army.