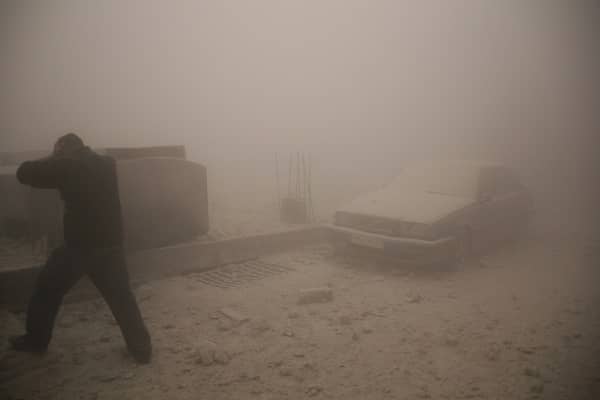 The Russian Defence Minister has yet again accused Ukraine of attempting to “deploy NATO nuclear weapons” by saying they are “aware” of this, without offering any evidence.

The West have constantly said over the recent weeks that Russia are using this comments as potential false flag operation to escalate the situation which has been persistently happening since before the war started and also throughout.

Sergei Shoigu has said that Kyiv are attempting to create a “dirty bomb” using deadly radioactive, chemical of biological materials and they will then detonate this over Ukraine.

Shoigu said, “We know about Kyiv’s attempts to create a ‘dirty’ nuclear bomb, as well as about its readiness to place nuclear weapons of NATO countries on its territory.

“Recently, the President of Ukraine called on Western countries to launch preventive nuclear strikes against Russia.”

The United Nations nuclear watchdog said that there is no evidence to support Russia’s claims.

Last month the Ukrainian President Volodymyr Zelensky said that Russia needs “preemptive strikes” so that they will know exactly “what awaits them if they use nuclear weapons,” it must not be “the other way around.”

The Russian Foreign Minister said that Zelesnky’s remarks, that NATO should launch a strike on Moscow demonstrates the need for their so called “special Military Operation.”

Sergei Lavrov said, “By doing so, (he) essentially presented the world with further evidence of the threats posed by the Kyiv regime.

“This is why a special military operation was launched to neutralise them.”

Speaking via video link at Australia’s think tank, the Lowy Institute, President Zelensky said, “Preemptive strikes are needed so that they know what awaits them if they use nuclear weapons.

“Not the other way around, waiting for Russia’s nuclear strikes and then saying, ‘oh, you’ve done that, then get this.”

NATO, Zelensky said, “should reconsider how it uses its pressure