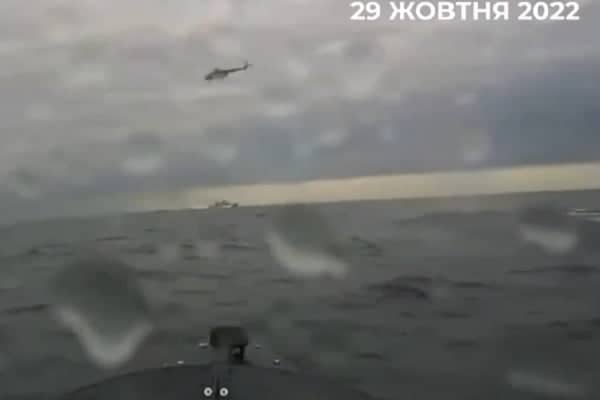 The Russian ambassador to the UK has warned that “Britain is too deep in this conflict” and the “situation is becoming more and more dangerous.”

Andrey Kelin blasted that the UK sent “specialists” to Ukraine and were involved in drone attack which damaged three Russian warships in the Black Sea last Saturday.

On Thursday UK’s ambassador to Russia was summoned by Moscow over allegations that Britain was involved in the attack.

The British ambassador Deborah Bronnert denied any British involvement in the attack in the Black Sea.

Russia gave the UK a serious warning that it could face “unpredictable and dangerous” consequences for their “confrontational actions.”

The Russian Foreign Ministry said they have “delivered a protest with Britain’s ambassador” on Thursday morning.

In a statement the Ministry said, “The demarche stressed that such confrontational actions by the British threatened to escalate the situation and could lead to unpredictable and dangerous consequences.”

Unbelievable footage from one of the marine drones used in the attack on Russia’s Black Sea Fleet in Sevastopol.

Kelin told Sky News that the Kremlin will publish their “proof” that the UK was involved in the drone attack which saw explosions rip through the major naval port in Crimea.

Kelin said, “We perfectly know about participation of British specialists in training, preparation and execution of plans against the Russian infrastructure and the Russian fleet in the Black Sea.

“We know that it has been done.

“It is dangerous. It can bring us to the line of I would say no return – return is always possible – but we should avoid escalation.

“This is a warning actually that Britain is too deep in this conflict. It means that the situation is becoming more and more dangerous.”

A Kremlin spokesperson said, “We do not plan to give a running commentary on these allegations; it is no secret that the United Kingdom has taken a public lead in our support to Ukraine – this has been enduring since Russia’s illegal annexation of Crimea in 2014.”