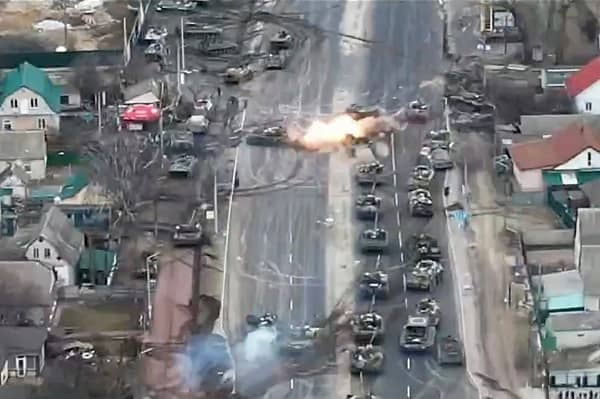 In a meeting Vladimir Putin has told India’s Prime Minister that he wants the war in Ukraine to end “as soon as possible.”

He told President Narendra Modi that he understands that India has concerns about ongoing war in Ukraine.

Prime Minister Modi told Putin now is not a time for war, as food, fertiliser and fuel security are among some of the most major concerns globally at present.

Modi told Russia’s leader on the sidelines of the SCO meeting in Uzbekistan, “I know that today’s era is not an era of war, and I have spoken to you on the phone about this.”

Putin told Narendra Modi during a meeting on the sidelines of the Shanghai Cooperation Organisation (SCO) summit in Uzbekistan, “I know about your position on the conflict in Ukraine, and I know about your concerns.

“We want all of this to end as soon as possible.”

Putin, who has also held direct talks on

OnWednesday Putin acknowledged during direct talks with Chinese President Xi Jinping at the summit, that Beijing also concerns about the war.

Stoltenberg told BBC radio, “It is of course extremely encouraging to see that Ukrainian armed forces have been able to take back territory and also strike behind Russian lines,”

“At the same time, we need to understand that this is not the beginning of the end of the war, we need to be prepared for the long haul.”

Despite Putin claims to Modi he is also considering a mass national draft in Russia to send conscripts to Ukraine whereby he would declare a full scale war, but he is facing an uphill battle to find conscripts.

Russian military academies are shortening training courses and bringing cadets’ graduation dates forwards so they can be deployed to Ukraine, the UK’s Ministry of Defence has said.

The latest intelligence update said, “The Kremlin linked Russian private military company Wagner Group has been conducting a campaign to recruit Russian convicts for service in Ukraine since at least July.

“Prisoners have been offered commutation of their sentences as well as cash incentives.

“In the video, Prigozhin emphasises that he is only seeking ‘fighters for assault units.’ Separately, Russian military academies are shortening training courses and bringing cadets’ graduation dates forwards.

“This is almost certainly so cadets can be deployed to support the Ukraine operation.

“The impact of Russia’s manpower challenges has become increasingly severe.

“The acceleration of officer cadets’ training and Wagner’s demand for assault troops suggests that two of the most critical shortages within the military manning crisis are probably combat infantry and junior commanders.”