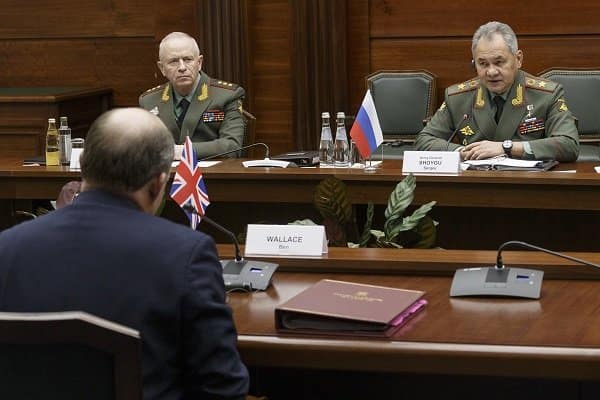 The Wagner mercenary group chief is questioning Vladimir Putin’s grasp over the war in Ukraine and is “trying to oust Defence Minister Sergie Shoigu” in an internal coup.

Yevgeny Prigozhin, the head of the Wagner Group only answers to Putin and he claimed that Wagner forces captured Bakhmut in the east of Ukraine, not Russian forces.

Prigozhin wrote, “I want to emphasize that there was not a single person from any other group except for the employees of the Wagner Group involved in this campaign.”

Former CIA director John Brennan said, “There is some jockeying among the senior leaders of Russia to try and take command and control because they have done so poorly.

“Putin’s options are narrowing, and Russia’s forces are doing so poorly.

“Putin is seeing this conflict as existential to his political survival. He will not survive this if he cannot claim victory in Ukraine.”

Pleitgen added, “There are a lot of people saying that Prigozhin of the Wagner Group is right now trying to orchestrate a power grab in Moscow.

“He is trying to oust Defence Minister Sergei Shoigu since Russia’s campaign is going badly.”

Earlier this month the Russian Defence Minister was told he should shoot himself as Ukrainian forces are punching through their defences and are reclaiming back their territory.

Kirill Stremousov, the Russian-installed deputy head of the annexed Kherson region gave a stinging attack and publicly said that “Generals and Ministers” in Moscow are failing to understand what is actually happening on the frontlines.

He said, “Indeed, many say: if they were a Defence Minister who had allowed such a state of affairs, they could, as officers, have shot themselves.”

“But you know the word ‘officer’ is an incomprehensible word for many.”

FSCS confirms 10 firms have been declared in...