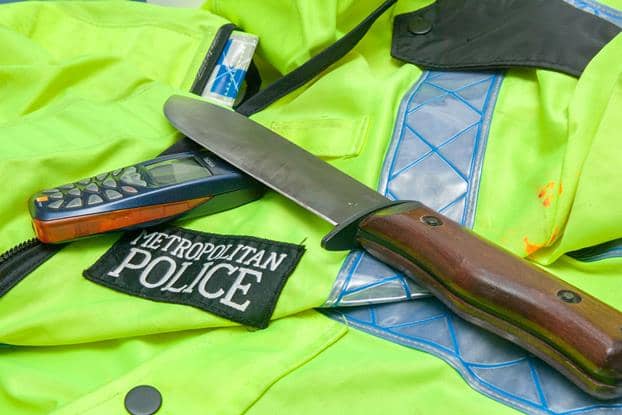 On Tuesday afternoon police were scrambled to Queens Road Station, in Peckham London after reports of a knifeman stabbing people in the street.

Police said they attended the scene at 12:20 on Tuesday after reports of a man with a knife at the station.

He left by car by the time police arrived and was located after a search of the area.

It is claimed the man left his car at the station and ran along the railway lines to the station, then boarded a train armed with a knife. Initial reports said people had been stabbed however, police said no one was injured in the chaos.

The BBC’s Tom Symonds wrote on Twitter, “Metropolitan Police are dealing with a man with a knife in Peckham station area. Met says no-one has been injured, contrary to reports on Twitter.

Symonds later added, “Driver with knife pursued after reports he was having a ‘mental health crisis’.

Earlier there were reports the knifeman may also be carrying a gun after someone said on Twitter, “Someone with a knife and gun? Anyone know anything more?”

“I am very proud of the courage and determination of all the officers involved, and pleased that their work helped ensure no member of the public suffered any harm.”

The Metropolitan police said in a statement: “Officers were called at 12:20hrs on Tuesday, 18 February to an address in Queens Road, SE15.

“A man was reported to be at the location armed with a knife and having a mental health crises.

“Officers attended, but the man had left in a car.

“After a search of the area officers located the car and a police pursuit was authorised.

“The driver decamped from the car in Queens Road, and ran along railway lines to Queens Road Peckham Railway Station.

“He then boarded a train – which was in service and contained passengers – still armed with a knife.

“The pursuing officers located the man on the train, and deployed a Taser to detain him.

“London Ambulance Service have attended the scene and the man, believed to be aged in his mid-50s, has been detained under the Mental Health Act.

“There are no reports of any injuries to members of the public or officers.”