Home London News Parliament has resumed with a minute’s silence 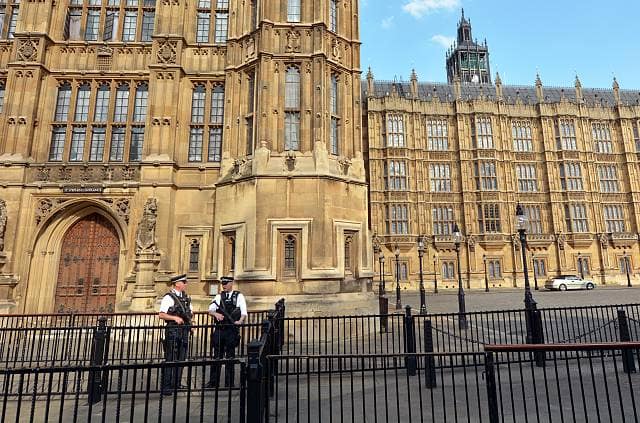 Parliament has resumed with a minute’s silence

The Palace of Westminster

Today Parliament resumed with a minute’s silence in memory of murdered PC Keith Palmer, along with those other innocent victims that were brutally murdered and the 40-injured people.

The House of Commons and the Lords will today carry on business as usual.

Tributes have also poured in to Hero MP, Tobias Ellwood who desperately tried to save the life of PC Keith Palmer on the cobbles of the Palace of Westminster.

Mr Ellwood gave mouth-to-mouth resuscitation in a desperate bid to save his life.  Mr Ellwood who is a former British Army Officer, sadly lost his brother in the Bali bombings in 2002 whilst he was there for a teaching conference.

Mr Ellwood said to the Daily Mail: “I was on the scene and as soon as I realised what was going on I headed towards it. It is a huge tragedy, it really is.

“I tried to stem the flow of blood and give mouth to mouth while waiting for the medics to arrive but I think he had lost too much blood.”