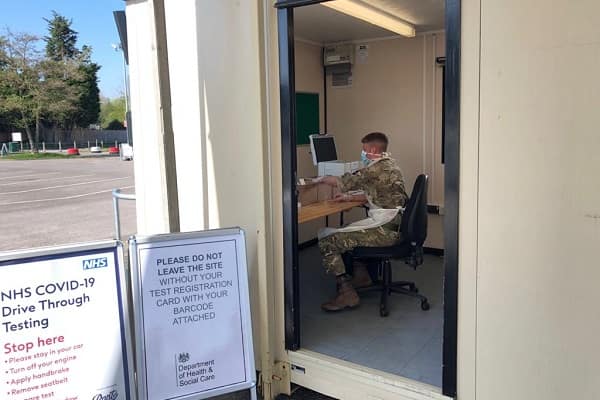 NHS providers have warned that the NHS test and trace system in England is “not fit for purpose, let alone world class.”

NHS leaders are “not particularly confident” over the system, and Chris Hopson chief executive of the body who represents NHS Trusts, added that there is an “awful lot” to do for the system to be ready for winter.

Hopson told the All Party Parliamentary Group (APPG) on coronavirus that the governments test and trace programme should have been set up sooner.

He told the APPG meeting that pledges on the track and trace system have not been backed up with plans as to how this can be achieved.

This includes testing numbers and for walk in testing centre to be introduced which is within a 30-minute walk from someone’s home.

Hopson said that rapid testing with quick turnaround times is key so that the NHS can identify the difference between seasonal flu and coronavirus.

He said, “There is huge amounts of work to be done.

“We are more confident about where are we now (compared to) four or five months ago.

“But there’s an awful lot that still needs to be done before we can be confident that we’ve got a fit for purpose, let alone world class, test and trace service in place for winter.”

NHS providers gave written evidence that the NHJS Providers need improvements to be made in the current test and trace, before it can even be considered for it to be “world class.”

“And if it’s not, that really is a big problem.”

A Government spokesperson said, “NHS Test and Trace is working, and local action to tackle outbreaks and keep people safe is a crucial part of the national service.

“We are rolling out more dedicated ring-fenced teams of contact tracers, who are trained health professionals, to work intensively with health protection teams on a local area and are recruiting more people to work in local public health teams too.”

However, Labour’s Shadow Health Minister Justin Madders, hit back and said, “We have been warning for months that a relaxation of lockdown measures must go alongside a fully functioning test and trace system.

“The government need to listen to the warnings of those working on the frontline and urgently step up work to ensure the system works effectively.

“It doesn’t need to be ‘world beating’ it just needs to be effective. Ministers should end their reliance on failing private sector companies and support councils to use local expertise and implement targeted test and trace programmes.”