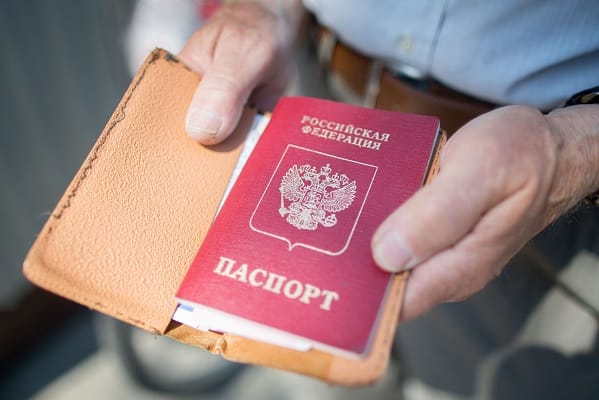 Ukrainian has once again called on European countries to ban visas for Russian nationals to prevent the continent from becoming a “supermarket” for Russians.

President Volodymyr Zelenskyy said this would not apply to those Russians who need help for risking their freedom or their lives by resisting Vladimir Putin’s rule.

President Zelensky said, “There must be guarantees that Russian killers or accomplices of state terror not use Schengen visas.

“Secondly, we must not destroy the very idea of Europe – our common European values. Europe must therefore not be transformed into a supermarket where it is not important who walks in and where the main thing is that people just pay for their goods.”

Ukrinae’s Foreign Minister Dmytro Kuleba said, “Russians who are upset with the prospect of being banned from tourist travel to Europe can direct their complaints to the Kremlin and over 70% of their compatriots who support the war.

“No one proposes to ban those few Russians who may need an asylum or humanitarian entry.”

The Czech Republic are supporting the proposal to ban the issuance of European visas to all Russian citizens and they will raise this issue at a meeting of #EU Foreign Ministers on 31 August.

On Thursday the Estonian government decided that they will now restrict the issuance of visas to Russian citizens and their arrival on Schengen visas issued by Estonia.

Estonia warned that all Russian citizens cannot be allowed to continue “living a normal international life” as a result of Vladimir Putin’s invasion of a friendly sovereign state.

The Estonian Foreign Minister Urmas Reinsalu said at a government press conference on Thursday morning, that “We are observing a steep growth in the number of Russian citizens traveling through Estonia or arriving in Estonia from Russia.”

Reinsalu went on to warn all Russian citizens that they will no longer be allowed to work and all student visas will be stopped.

He added, “The ability of Russian citizens to visit Estonia en masse or travel to Europe via Estonia contravenes the spirit of our sanctions.”

The Estonian Foreign Minister warned, that Russia should have no “possibility to keep living a normal international life at the level of its citizens.”

President of Ukraine Volodymyr Zelensky said, “We all understand that there are people who really need protection, who are persecuted in Russia, who can even be killed, which means they should get help from the civilized world.”

He added, “these are well-known legal mechanisms – through refugee, through the application for asylum, through other opportunities to help and support.”

“But this is for those who fight, for those who are persecuted. And this should not apply to the rest of Russian citizens in Europe, tourism, entertainment, business trips. It is impossible to work for a terrorist state.

“Firstly, there must be a guarantee that Russian assassins and state terror aids will not use the Schengen.

“And secondly, you can’t destroy the very idea of Europe, our common European values, that is, you can’t turn Europe into a supermarket where it doesn’t matter who comes in – the main thing is that a person simply pays for the goods.

“Therefore, visa restrictions for citizens of the Russian Federation are fair and all defenders of European values should insist on them.”