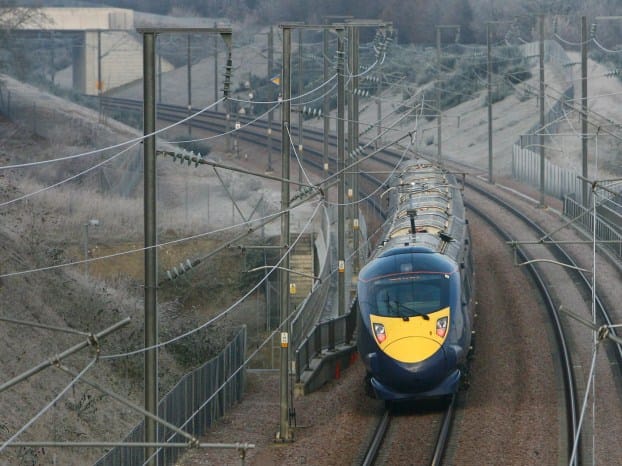 London will be better connected to cities around the UK under a £9.4bn package of rail projects unveiled by the government.

The capital’s links to cities such as Sheffield, Leicester and Swansea will be improved under the rail projects, which include £4.2bn of new schemes.

Prime minister David Cameron said the plans are the “biggest modernisation of our railways since the Victorian era”. Although Labour said it was “a bit rich” for government ministers to take credit for electrification plans announced by the previous administration in 2009.

The announcement covers improvements to the network between 2014 and 2019. It includes the completion of the Thameslink and Crossrail schemes, as well as the electrification of the line between London and Cardiff.

New schemes will see £350m spent on lengthening the platforms at London’s Waterloo station, while the Midland Main Line between the capital and Sheffield will be electrified.

Passengers on the East Coast Main Line, which runs from London to the North East, can look forward to faster journeys and more train capacity under £240m of improvements.

The electrification of the Great Western Main Line out of London Paddington will now extend to Swansea at a total cost of more than £600m, while a £500m link between the line and Heathrow will also be added.

London Chamber of Commerce and Industry chief executive Colin Stanbridge said: “This investment in our railway network is much needed with the money bringing not only improvements to train travel but also helping to drive the economic growth we so badly need.

“The government has been bold with its plans for the railways and they now need to do the same for our aviation sector.

“A chronic lack of airport capacity is already damaging the UK economy – we need the government to start the debate about our future airport needs immediately.”

Richard Threlfall, UK head of infrastructure at KPMG, said: “Certain parts of UK’s railway systems have been long-overdue for modernisation. The government’s announcement to drive more than £9bn of growth-boosting upgrades across the UK railway network is good news for the economy, rail passengers and the environment.

“What’s encouraging is that £4.2bn will be for new schemes across the country. This will not only create local jobs and growth but put into place modern and sustainable infrastructure for future generations. The key now is for the railway industry to deliver by getting contracts signed and work started.”

Federation of Small Businesses London senior development manager Matthew Jaffa said: “We welcome the extra investment in the rail infrastructure network. The majority of this is still funding that’s going to Crossrail and Thameslink.

“The drive is there, we just need to see the assurances that this is going to be pushed out soon so business can plan ahead and any firms who will work on the network can grow and create jobs.

“London wants to be connected to the rest of the UK. It’s vital to have connectivity among other English regions, as well as Scotland, Wales and Northern Ireland.”