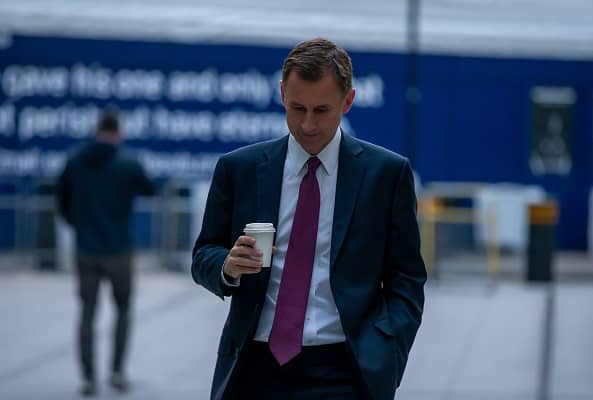 The Bank of England (BoE) has raised interest rates to a 14 year high in the ninth consecutive rise in an attempt to tackle inflation.

The monetary policy committee (MPC) made the decision to raise the bank rate to 3.5% from 3% even though inflation ease in November.

The slow down in the rate of inflation was “not sufficient” to prevent the bank raising interest rates by 0.5%.

Labour’s shadow chancellor Rachel Reeves said, this latest hike in interest rates is “further evidence that the government have lost control of the economy.”

Reeves said, “Today’s rate hike is further evidence that the government have lost control of the economy, harming growth, and leaving millions of working people paying a Tory mortgage penalty for years to come.

“After 12 years of Tory failure and wasted opportunities, only Labour offers the leadership and plans to stabilise our economy and to get it growing, so we aren’t just surviving, but thriving again.

“Labour’s green prosperity plan, our modern industrial strategy and our active partnership with business will get our economy firing on all cylinders.”

However the Chancellor Jeremy Hunt has insisted that it is vital to stick to the plan on inflation, which has been “exacerbated by Putin’s war in Ukraine.”

Hunt warned that “high inflation” is a global issue and not just confined to the UK, but again the Chancellor insisted that it is vital “we stick to our plan.”

The Chancellor said, “High inflation, exacerbated by Putin’s war in Ukraine, continues to plague countries across the world, eating into people’s pay cheques and driving up food and energy prices.

“I know this is tough for people right now, but it is vital that we stick to our plan, working in lockstep with the Bank of England as they take action to return inflation to target.

“The sooner we grip inflation the better. Any action which risks permanently embedding high prices into our economy will only prolong the pain for everyone, stunting any prospect of economic recovery.”