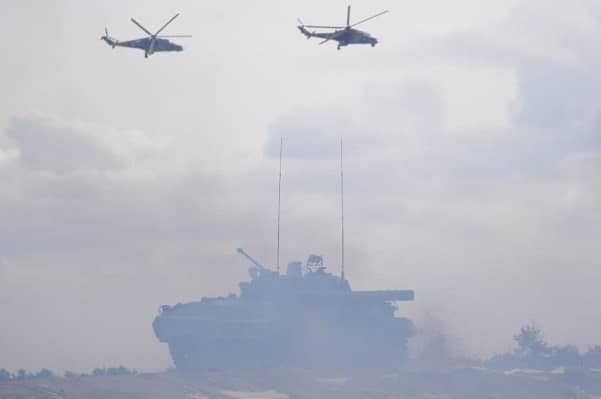 The British government are to send a squadron of Challenger 2 tanks to Kyiv which have been described as “game-changing” for Ukraine’s war against Russia.

A total of 14 Challenger 2 tanks along with advanced artillery support over the coming weeks and the Kremlin said on Monday that they “will burn like the rest.”

Kremlin spokesman Dmitry Peskov dismissed the impact of the new arms being sent by Britain, Poland and the US, he said that this will not change the situation on the ground.

Peskov added that the tanks being sent from European countries, will “burn like the rest.”

Analysis by thinktank the Institute for the Study of War (ISW) has warned that Moscow are very much likely preparing to conduct “decisive strategic action.”

This “decisive strategic action” which will happen over the coming months, this year in an attempt to “end Ukraine’s string of operational successes and regain the initiative.”

The ISW added, “The Kremlin is belatedly taking personnel mobilisation, reorganisation, and industrial actions it realistically should have before launching its invasion of Ukraine in February 2022 and is taking steps to conduct the ‘special military operation’ as a major conventional war.”

This also comes after a Polish defence analyst warned that the “everything points towards Belarus joining the war” as they have “practiced every military capability” with Russian forces to invade Ukraine.

The Polish defence analyst told Sky News, “The intensity and the scope of military activity that the Belarusians have been undertaking has been the highest since the end of the Cold War.

“We have never seen Belarusian forces train so much. Since the end of April, they have essentially practiced every military capability that would be needed for Belarus to join the war.

“They have also tested the mobilisation capacity, they recently announced that they finished updating the data for all Belarusian reservists.

“What this means is that the reserve system is now ready for mobilisation. What we need now is a political decision to start mobilisation and go to war.

“Whether or not this will happen, we don’t know, because we have no insight into what [Belarussian President] Lukashenko is thinking.”